The two neglected dogs were abandoned in Penn Pines Park in Upper Darby
Animal welfare experts thought one of the poor animals had died of the abuse
Both are making a recovery despite their terrible ordeal inflicted upon them
Police Chief Michael Chitwood described the abusers as ‘real dirt balls’
WARNING: GRAPHIC CONTENT

Police in Pennsylvania are hunting those responsible for abandoning two dogs used for fighting in a city park.
Upper Darby police have released photographs of the dogs, Gracie and Layla, after they were abandoned in the Penn Pines Park in Upper Darby, Philadelphia.
Officer responding to the incident feared one of the dogs was dead. 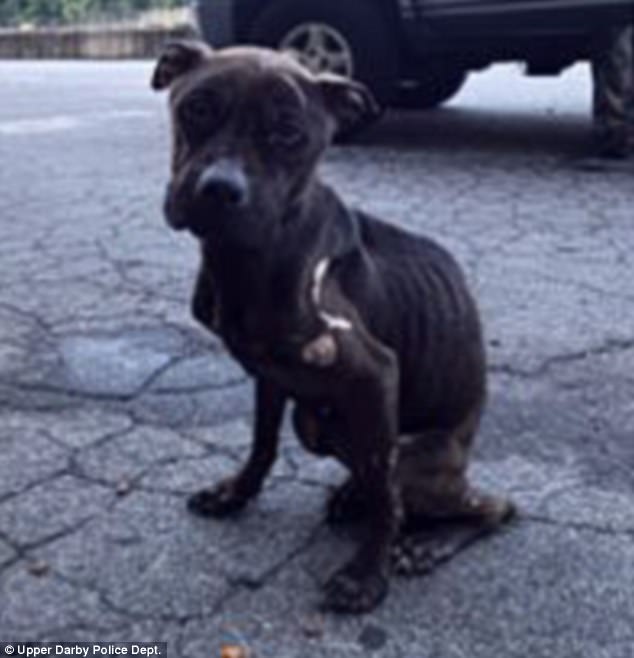 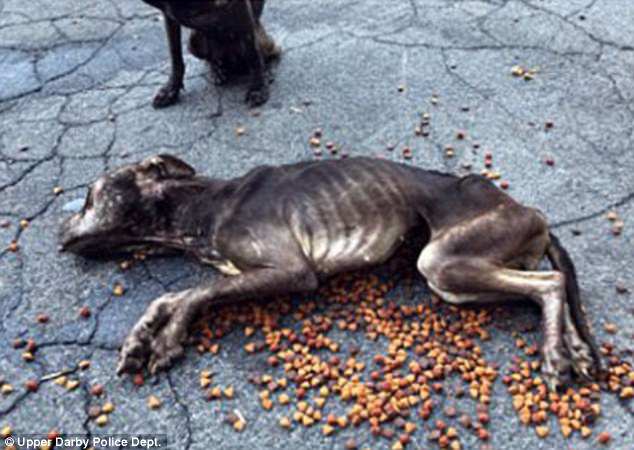 Officers feared the dog named Gracie, pictured, had died as a result of the horrific abuse

According to the Upper Darby Police Department twitter feed: ‘ I’m sorry that I have to post this. Don’t mean to ruin your day. These dogs were abandoned in Penn Pines Park. They were obviously neglected and abused.

‘We are looking to identify the owner and/or the person responsible for this. If you recognize these dogs or know who is responsible I urge you to call us at 610-734-7693 or message me.
‘I would ask everyone to share this so we can bring those to justice

Russell Harper of Justice Rescue told News: ‘When I picked her up she was as cold as an ice cube. She was on the brink of death right here. I’ve investigated thousands of cruelty cases and I thought she was dead. Gracie, the one, I thought she was dead’
Superintendent Michael Chitwood of the Upper Darby Police Department added: ‘It’s difficult to come up with a name for someone who would do something like this. I called them dirt balls I mean they really are dirt balls.

‘These animals were starved, they got very bad scars from physical abuse, not just the fighting, they were beat. So this is the life they have had for them.’
source: dailymail