What Is The Blue Whale Game?

It’s described as a game, but the Blue Whale Challenge is far from a game. Young teens who accept the challenge are encouraged to complete a series of tasks which get more and more sinister and at the end of the game the player is urged to take their own life in order to “win.”

The Blue Whale suicide game goes by many names including ‘A Silent House,’ ‘A Sea Of Whales’ and ‘Wake Me Up At 4:20am.’ It takes 50 days to complete and is played primarily via the website VKontakte, which is a popular social network in Russia. It gets its name from a common belief that blue whales voluntarily beach themselves in order to end their own lives.

The game is attracting teens as young as 12-years-old in Russia and Central Asian countries but recent reports suggest the game could be spreading across Europe and into the UK. The game has been blamed by the Russian media as the reason why 80 to 130 children committed suicide between November 2015 and April 2016.

How To Play The Blue Whale Challenge 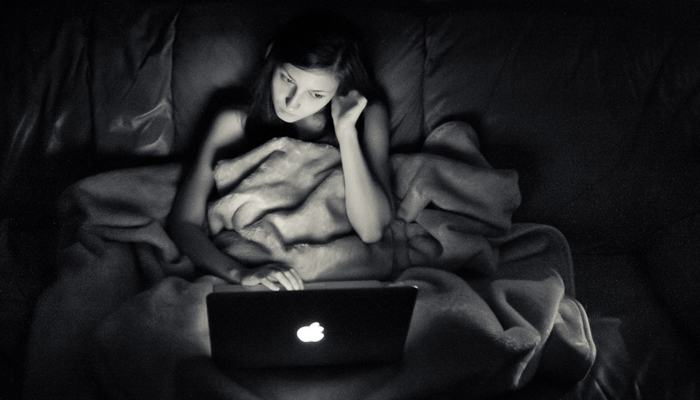 The game’s administrators or curator find players through “death groups” or “suicide groups” set up on VK.com (VKontakte). Police in Russia have shut down several of these groups in recent years but say that as soon as one is shut down, another starts up and this has driven them underground.

Once you’ve been accepted by an administrator, you are given your first of 50 daily challenges, these can be anything from simple tasks like listening to a certain song, watching unsettling videos and waking up at odd times to much more extreme requests like cutting words or whale symbols into your skin. The first challenge usually comes at 4:20am. Every time you accomplish a task, you must provide photographic or video proof of completion to the admin.

A journalist working at Radio Free Europe created an account on VK, posing as a 15-year-girl they attempted to join the Blue Whale game. After making contact with a curator they were given their first task, which involved deliberate self-harm.

The transcript of their conversation with the administrator is below…

The first task the Radio Free Europe journalist was assigned was to scratch one of the games hashtags, “F58” into their arm. The journalist tried to fool the game’s administrator with a Photoshopped image but the admin didn’t fall for it and stopped replying.

2. Wake up at 4.20 a.m. and watch psychedelic and scary videos that curator sends you.

3. Cut your arm with a razor along your veins, but not too deep, only 3 cuts, send a photo to the curator.

4. Draw a whale on a sheet of paper, send a photo to curator.

5. If you are ready to “become a whale”, carve “YES” on your leg. If not, cut yourself many times (punish yourself).

8. Type “#i_am_whale” in your VKontakte status.

9. You have to overcome your fear.

11. Carve a whale on your hand with a razor, send a photo to curator.

15. Poke your hand with a needle many times

16. Do something painful to yourself, make yourself sick.

17. Go to the highest roof you can find, stand on the edge for some time.

20. The curator checks if you are trustworthy.

21. Have a talk “with a whale” (with another player like you or with a curator) in Skype.

22. Go to a roof and sit on the edge with your legs dangling.

23. Another task with a cipher.

26. The curator tells you the date of your death and you have to accept it.

50. Jump off a high building. Take your life.

If you’re stupid enough to want to play this game then you’re going to have to search hard. Assuming the game even really exists, it’s not out in the open. You can’t find the Blue Whale Challenge on Google or even on a Facebook group. According to news reports it exists in closed groups and in private message conversations.

It’s said that the game administrators often choose their victims rather than the players themselves seeking out the game.

Perhaps you’re just looking to play so that you can troll the admins, to expose them or to seek revenge but remember, anyone who encourages a vulnerable teen to take their own life is sick and you don’t know what people like that are capable of.
source: techkyuniverse

2017-09-03
Rahul
Previous: Saudi Arabia Is About To Behead 6 School Girls For Acting Indecently With Their Male Friends
Next: The government can now shut the internet whenever it wants