The first person finding this probably had a heart attack. But nothing bad has happened here, it’s just an amazing natural phenomenon.

What you are about to see are the so called “Blood Falls”. But be ware these are no common waterfalls. The Blood Falls spring out the Taylor Glacier, in the Glacier Valley, East Antarctica and flow into Bonny Lake. Despite its creepy look,  it’s not blood or anything similar what gives these falls that intense oxblood hue.
Five million years ago, when the sea level rose and the water flooded all the eastern area of Antarctica, a salty lake was created. At least two million years after, some glaciers started to appear on the surface of that salty lake. When those glaciers started to freeze, the salt in the water of the lake below started to be more and more concentrated. The water of the subglacial water of the lake has 3 times more salt than regular sea water. This lake water, that is too salty to ever freeze and it’s buried under over 1300 feet of ice, is what feeds the blood falls.
But, why does the water have such a sinister color? Believe it or not, it’s only oxide! The subglacial water of the Blood Waterfalls not only hasn’t ever seen the sun light, it doesn’t contain any oxygen either. Besides, the rocks on the lake bottom freed a lot of iron in the water when they were scratched by the formation of the glaciers. When the subglacial water finally finds a breach in the ice and manages to go out, the incredibly high amount of iron within it makes contact with the oxygen outside for the first time, tinting the waterfall and the frozen gradient with that intense oxblood color.
It’s quite an spectacle, isn’t it? If, like us at SFG, you’re already packing to go visit such a fascinating place like this one, maybe you’d like to know that it’s not very easy to get there. You can only reach the falls in a helicopter from one of the many research centers around the Antarctica, or take one of the cruise ships visiting the Ross Sea.
Do you know any natural phenomenon as cool as this one? Check the spectacular images below and share your thoughts with us in the comment section.

An oxide waterfall, colored like blood, goes down to the lake. 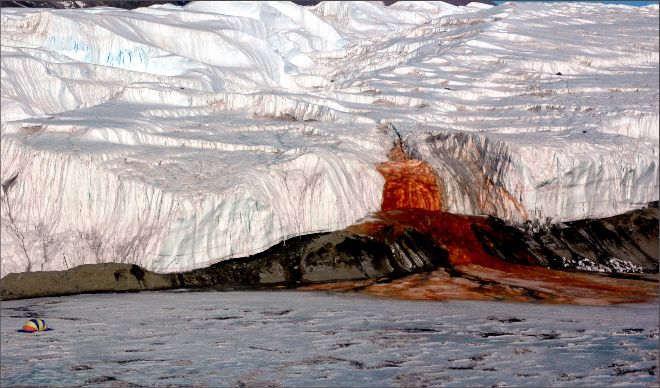 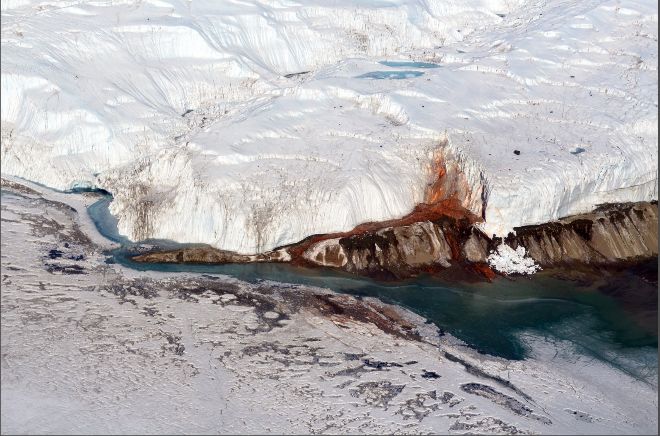 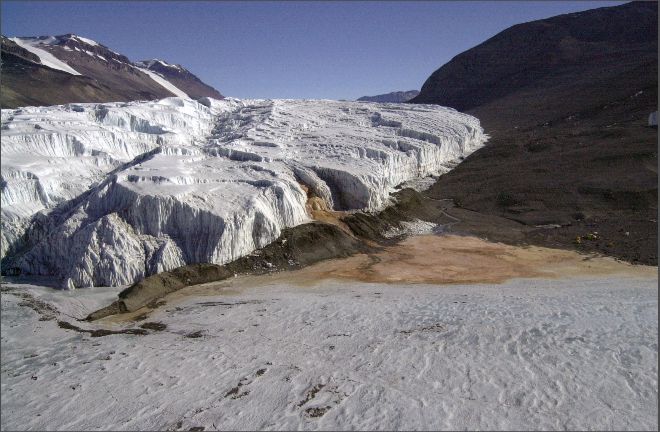 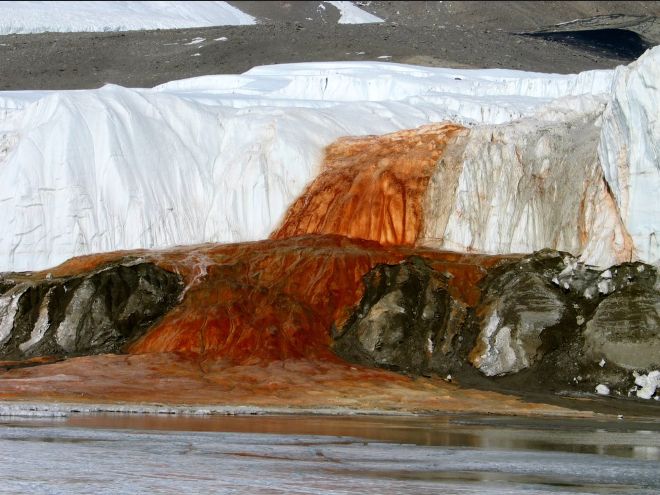 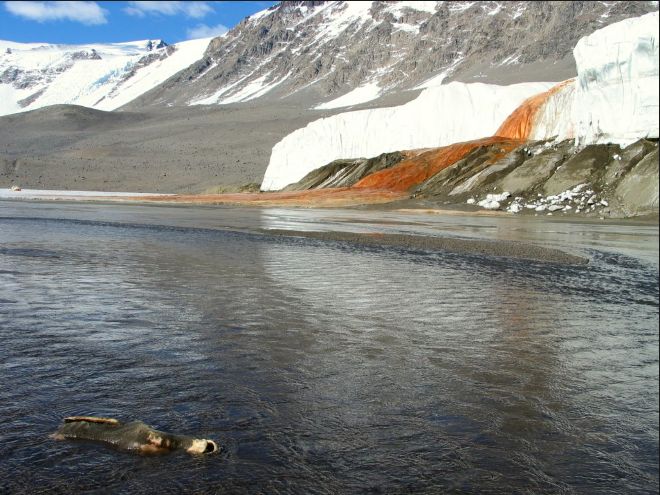