These days, the Roman Catholic Church is synonymous with child sexual abuse. We owe nobody an apology for saying this. It’s the truth.

Cases of child sexual abuse and subsequent cover-ups committed during the 20th and 21st centuries by Catholic priests, nuns, and members of the Roman Catholic Order have led to numerous allegations, investigations, trials and convictions.

The abused include boys and girls, some as young as 3 years old, with the majority between the ages of 11 and 14. It is beyond imagination that these so-called men and women of God have molested innocent children in this widespread way.
The abuse is a worldwide problem in the church. There aren’t accurate statistics to determine the number of children these pedophiles in the church have abused worldwide because of the extent. From 2001 to 2010, the Holy See, which serves as the central governing body of the Catholic Church, considered sex abuse allegations involving approximately 3,000 priests dating back up to fifty years. Cases worldwide reflect patterns of long-term abuse and of the church hierarchy regularly covering up reports of alleged abuse. 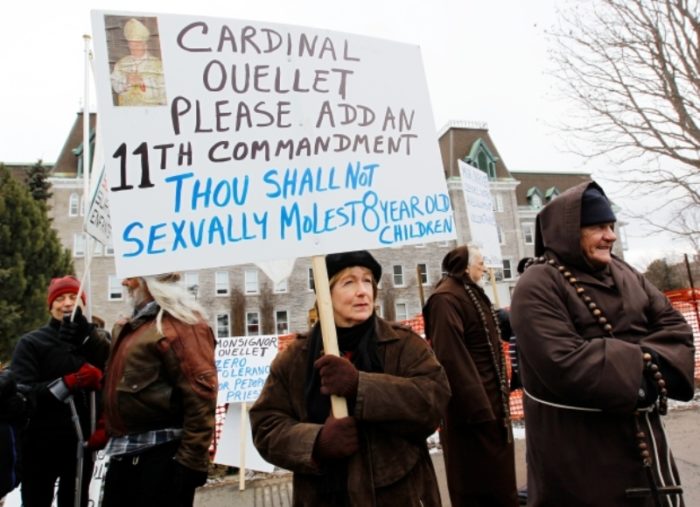 Diocesan officials and academics knowledgeable about the Roman Catholic Church have revealed that sexual abuse by the pedophiles in the church is generally not discussed, and thus is difficult to measure. In 2014, the Vatican said 3,420 credible accusations of sexual abuse committed by priests had been referred to its institution over the past 10 years, and that 824 clerics were defrocked as a result.
However, a new investigation carried out in Australia has shed light on the damning practice of Catholic priests and nuns in the country. According to the report, the Catholic Church paid US$213 million to victims of sex abuse committed by priests in Australia over decades.
In 2002, a critical investigation by The Boston Globe in the United States led to worldwide media coverage of child sexual abuse in the Roman Catholic Church. By 2010, much of the reporting focused on abuse in Europe.
In 2012, Australia also announced it was to investigate the abuses by the church. By 2013, the Australian Royal Commission into Institutional Responses to Child Sexual Abuse commenced hearings on alleged Catholic Church sex abuse of children – mostly boys.

In mid-February 2017, the commission issued a report revealing:
“Catholic Church authorities made total payments of [AU]$276.1 million [US$213million] in response to claims of child sexual abuse received between 1 January 1980 and 28 February 2015, including monetary compensation, treatment, legal and other costs.”
Of the 4,445 cases the church received between January 1980 and February 2015 in the country, the report said the church managed to identify 1,880 alleged perpetrators, who included 597 (32% ‘religious brothers,’ 572 (30%) priests, 543 (29%) lay people, and 96 (5%) religious sisters or nuns.  According to the report, 90% of abusers were male while the abused were also mostly boys.
According to the commission, sex abuse victims received AU$91,000 in compensation. The report by the commission also stated that the Christian Brothers group admitted during the hearing that both the highest total payment and the largest number of total payments is $48.5 million. It was paid in relation to 763 payments at an average of approximately $64,000 per payment. The Christian Brothers is a worldwide religious community within the Catholic Church.
Furthermore, the commission said the Jesuits had the highest average total payment at an average of approximately $257,000 per payment (of those Catholic Church authorities who made at least 10 payments). The Jesuit is an order of religious men in the Roman Catholic Church.
Critics, including those in the Catholic Church who want justice for the victims, say the system of payments is unfair and not all victims receive the same opportunities or compensation. 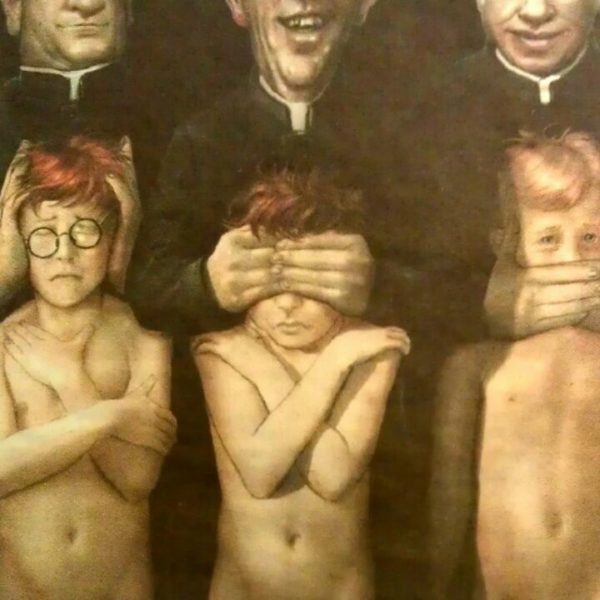 The Church’s Truth Justice and Healing Council chief executive, Francis Sullivan candidly admitted to local media that not all victims have equal opportunities or compensation.
“Even though the church has paid $270 million and it took a long time to get its act together to do that, there’s no doubt the system of paying people and compensating them is best done independently of the church through a national redress scheme. Some congregations pay far more than others. Some dioceses pay far more than others. It’s still not a fair system,” he added.
“It’s a picture of great unfairness and inequity between survivors across Australia depending on where they placed their claim,” Helen Last, Chief Executive Officer of In Good Faith Foundation, which represents 460 abuse victims also told the Reuters news agency in an interview.

2017-06-04
Rahul
Previous: 10 Flight Attendant Secrets That Passengers Don’t Even Know About
Next: Bizarre Video: This Penguin Catches His Wife Cheating On Him – Watch What Happens