Proof that your grandparents will always be cooler than you 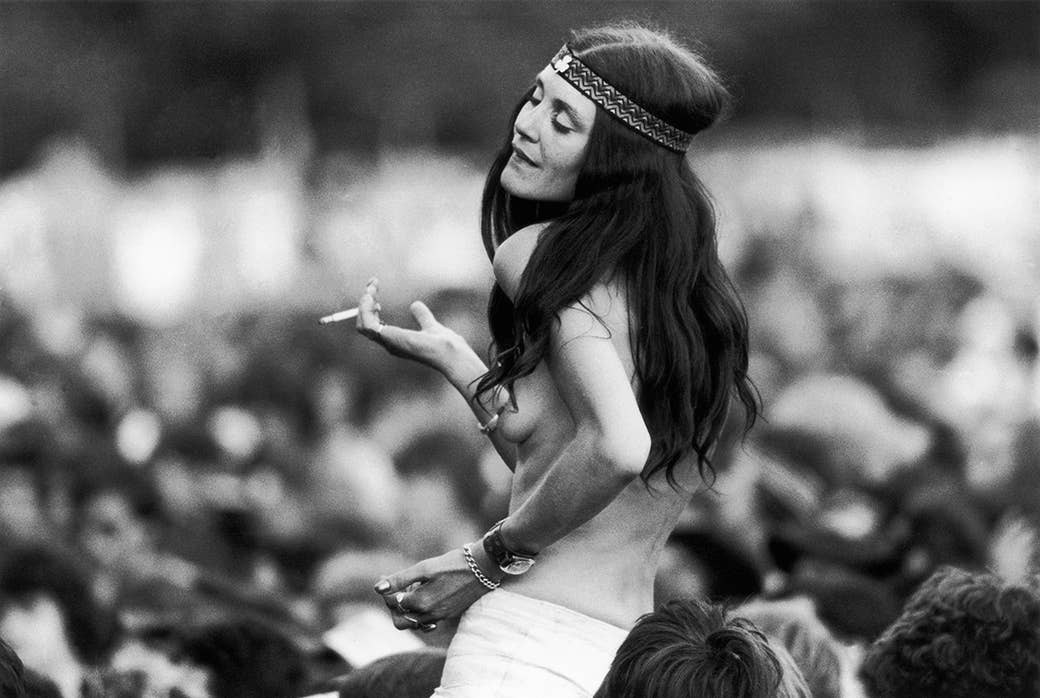 A topless woman enjoying the music of Led Zeppelin at the Knebworth Festival in the UK in 1979. 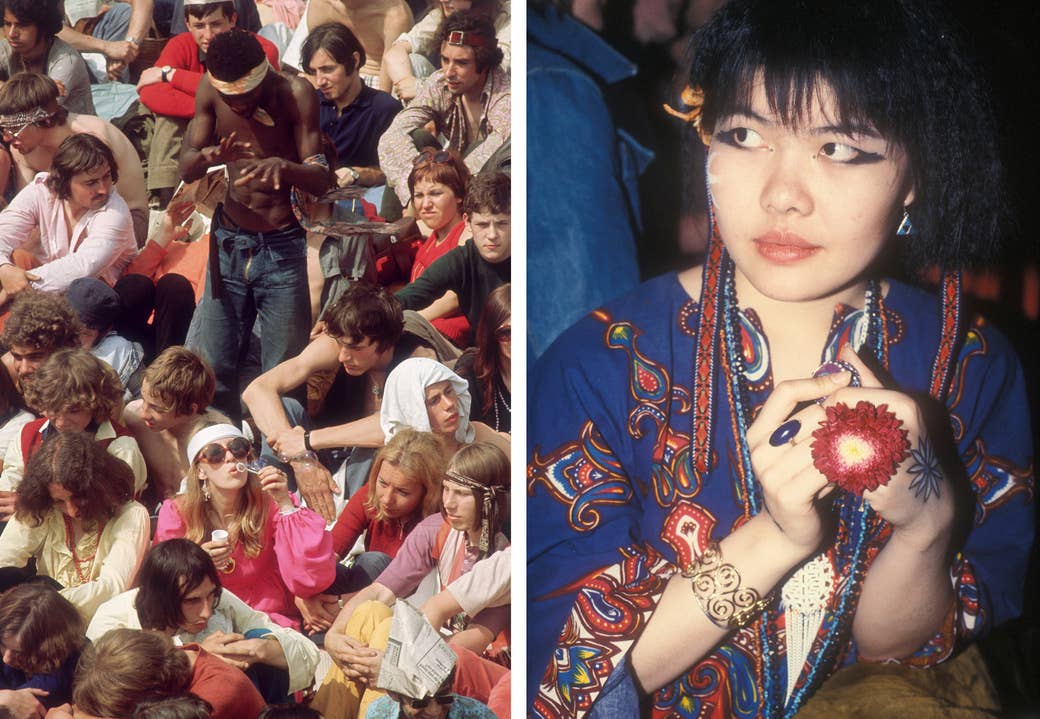 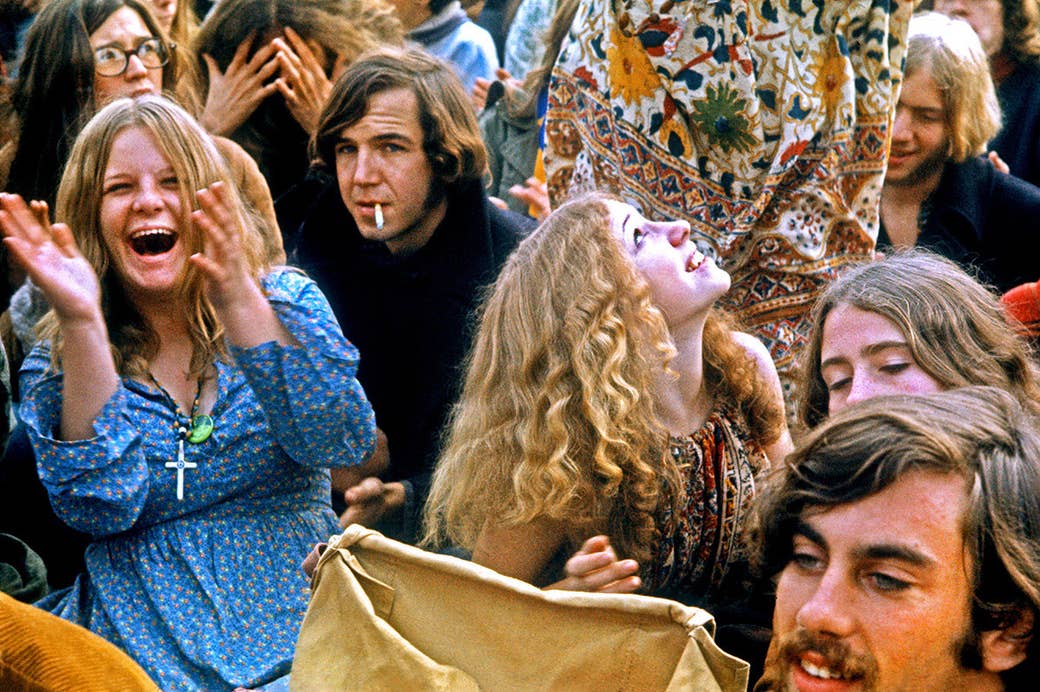 People in the crowd cheer as musical acts perform at the Altamont Speedway Free Festival on Dec. 6, 1969, in Livermore, California. 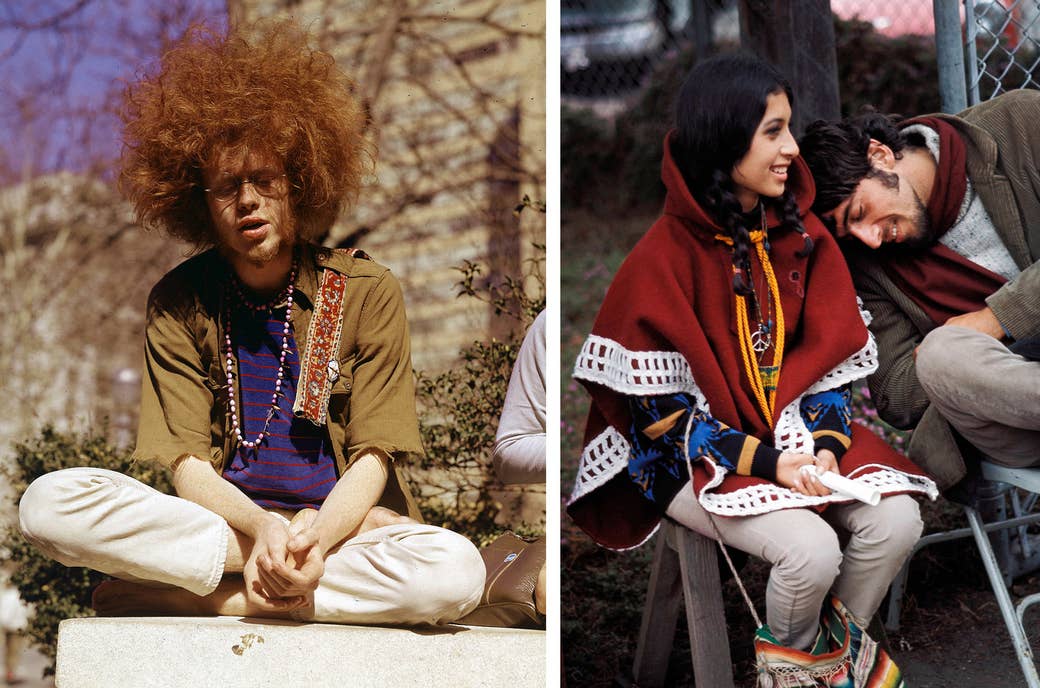 Left: A young hippie sits cross-legged in a New York City park in 1969. Right: A couple waits for the start of the Monterey Pop Festival in California in 1967. 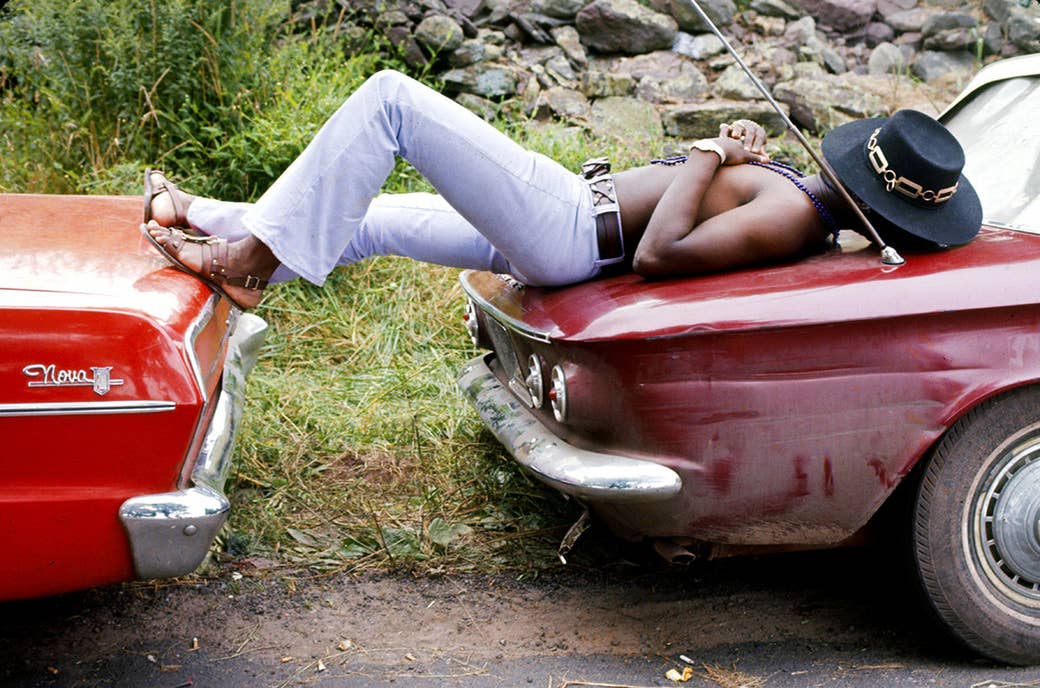 A man sleeps stretched across the trunks of two parked cars at the Woodstock Music and Arts Fair in Bethel, New York, in 1969. 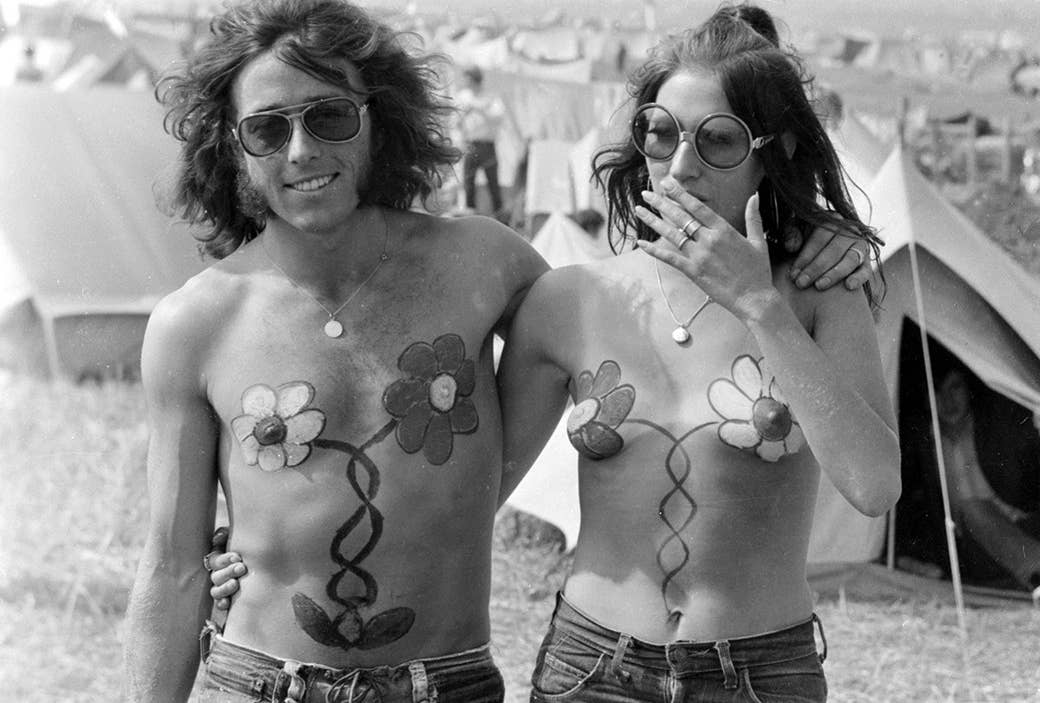 A couple with matching flower body paint walks together during the Isle of Wight Festival in the UK in 1970. 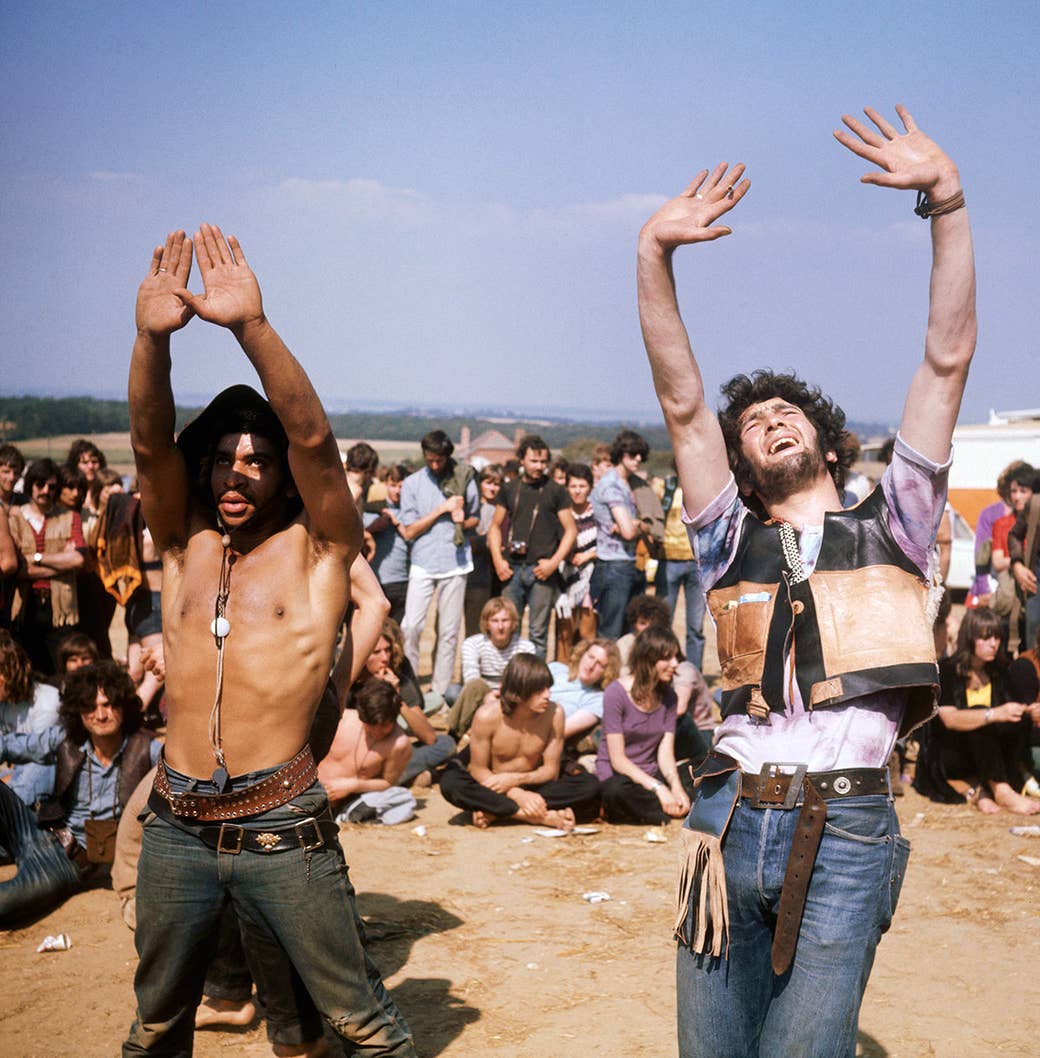 A group of hippies watch on as several others dance during the Isle of Wight Festival in 1969. 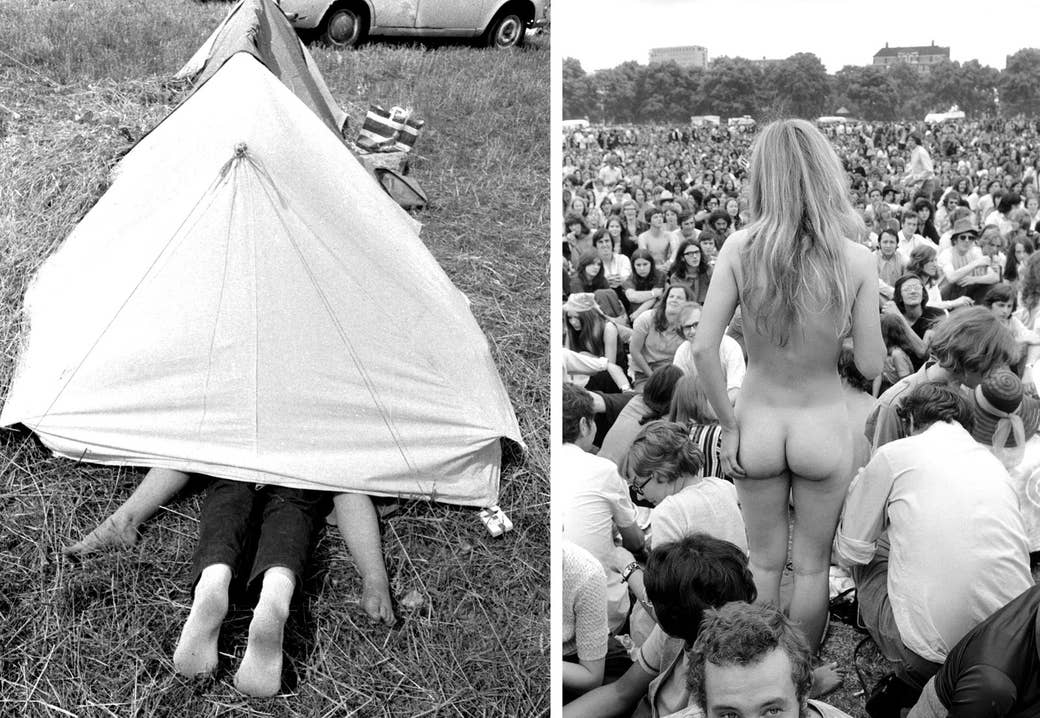 Left: A young couple are caught making love inside their tent at the Isle of Wight Festival in 1969. Right: A nude woman stands before a crowd at a concert in Hyde Park in 1970. 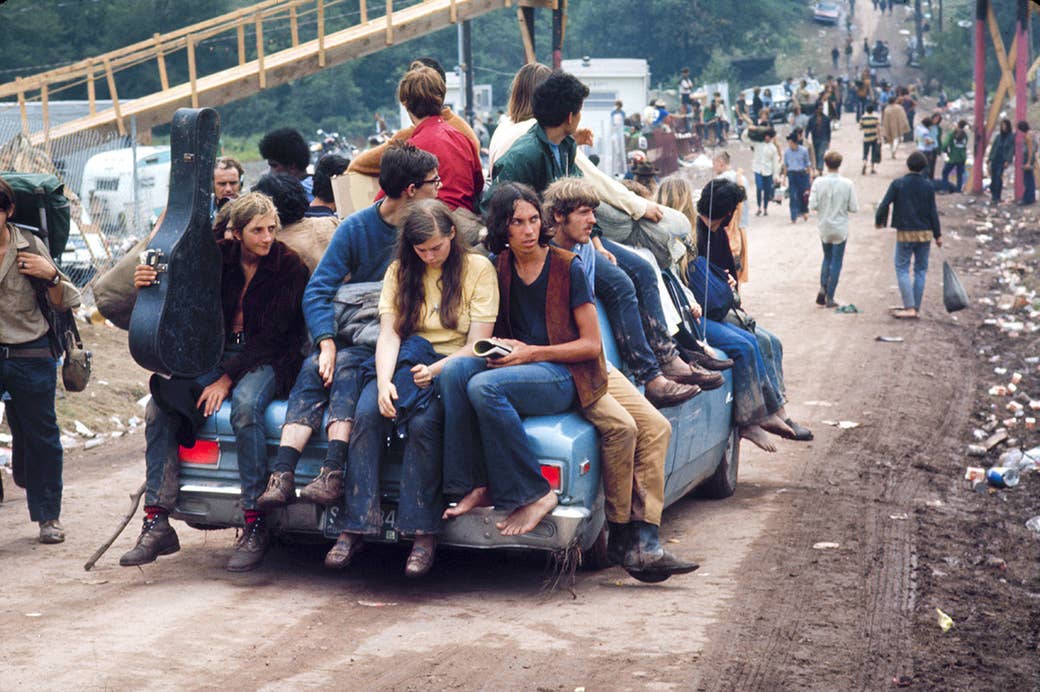 A group of hippies catch a ride to Woodstock in 1969. 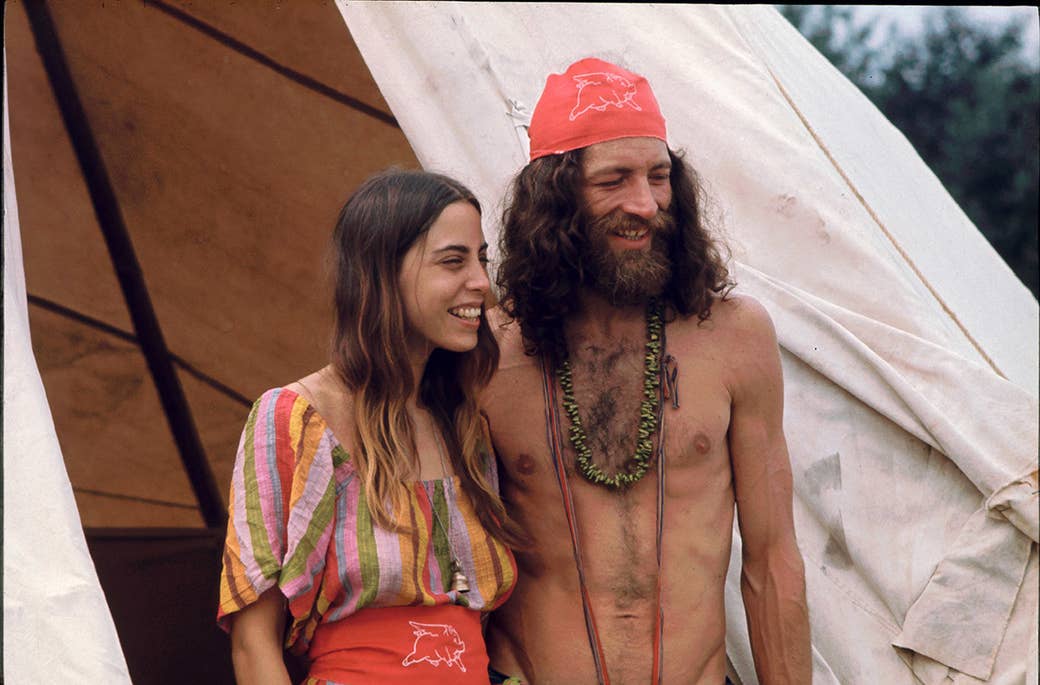 A couple attending the Woodstock Music and Arts Fair smile while standing outside the shelter they built. 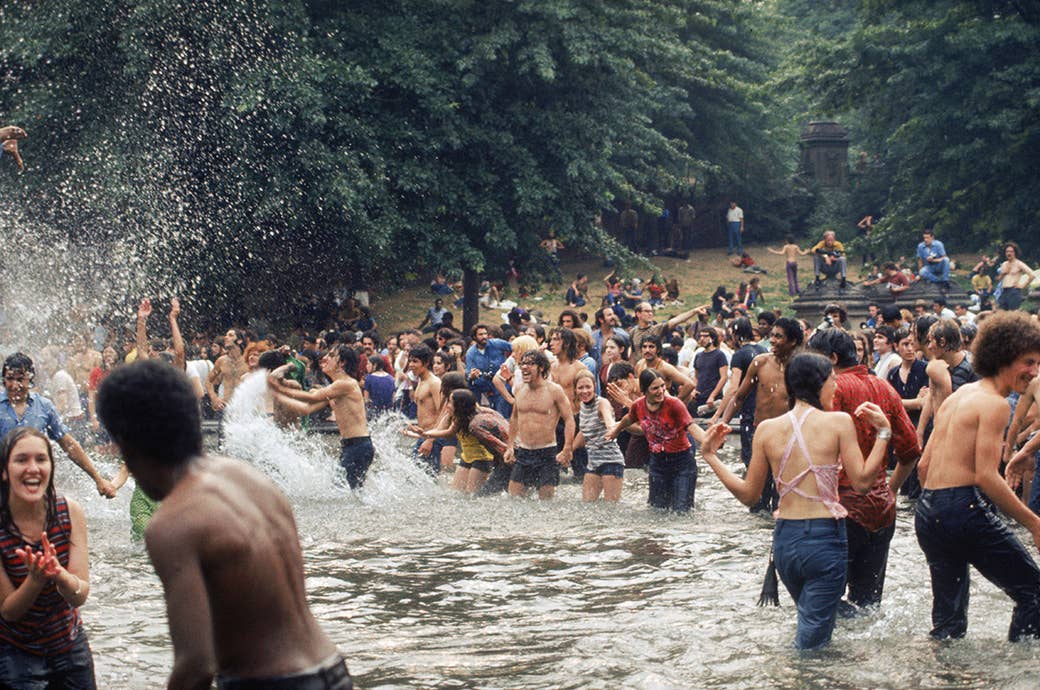 A crowd frolics in an unidentified lake in 1970. 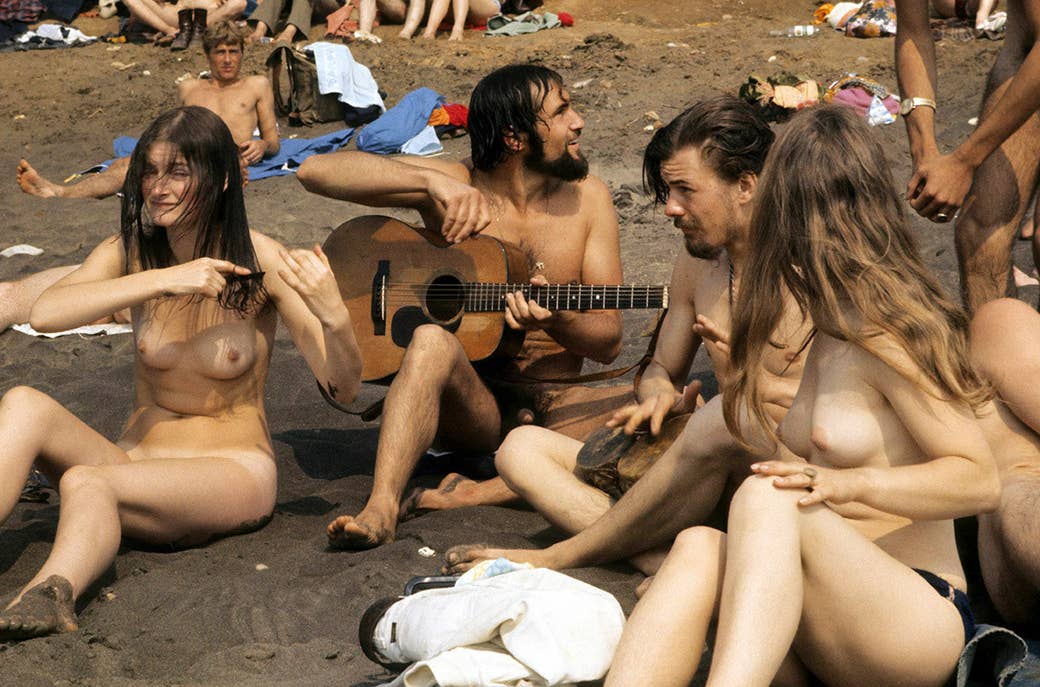 A group of naked hippies lounge on the beach during the Isle of Wight Festival in 1969. 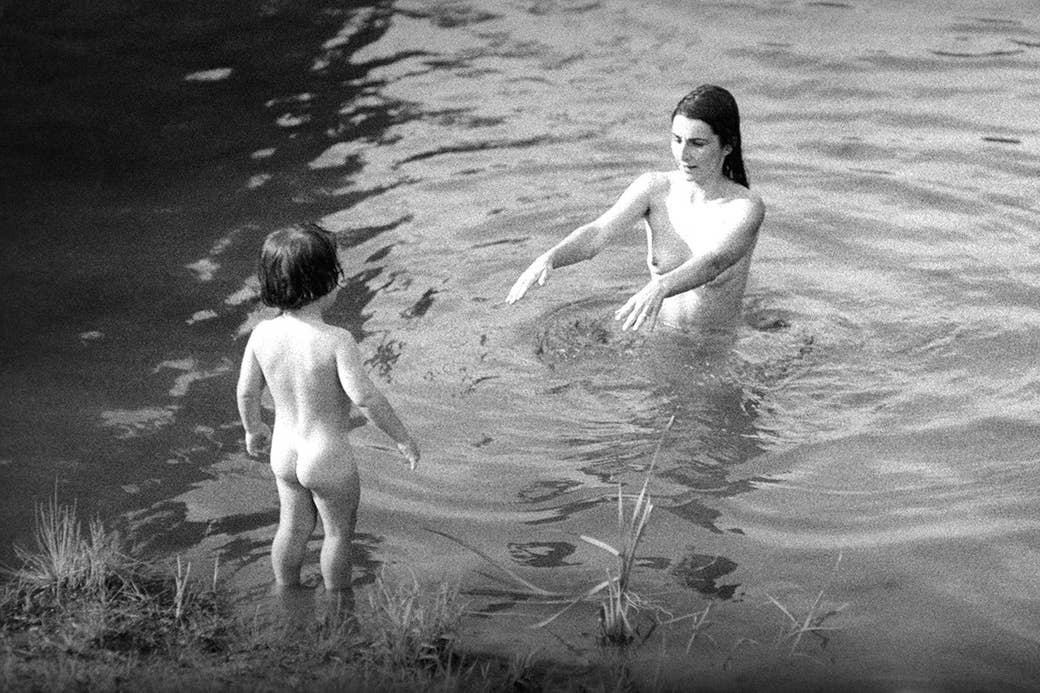 A mother and her child swim in the lake during the Alternative Media Conference at Goddard College in 1970 in Vermont.

Left: George Harrison strums a borrowed guitar among a crowd of local hippies strolling through San Francisco’s Golden Gate Park in 1967. Right: Demonstrators march in support for the legalization of drugs in London’s Hyde Park in 1967. 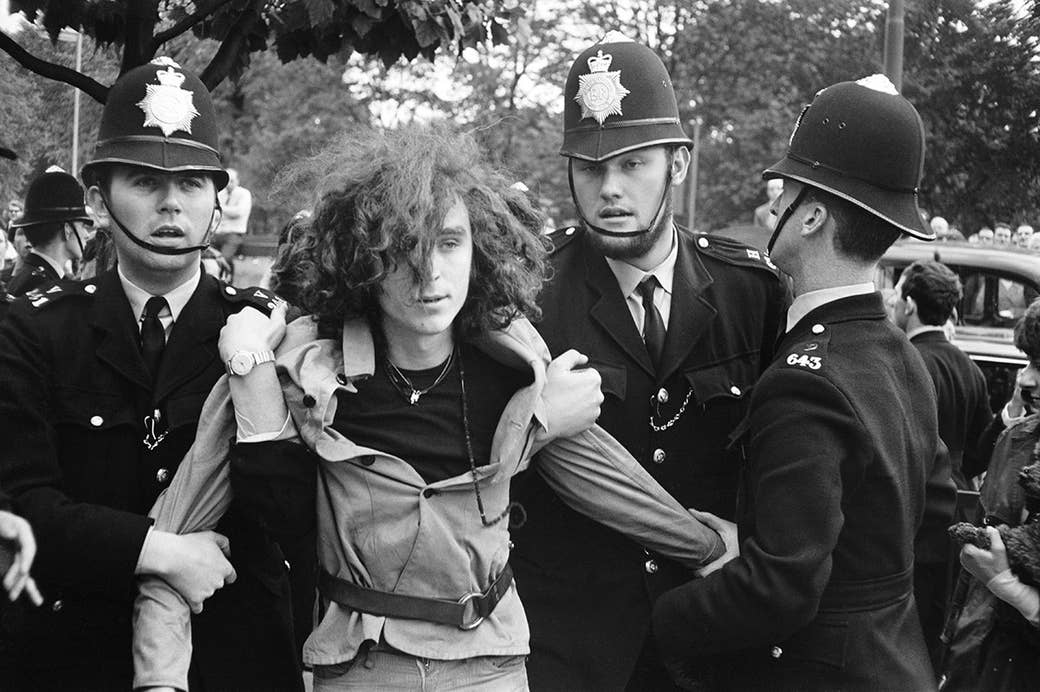 A young Piccadilly squatter is evicted by London police in1969. 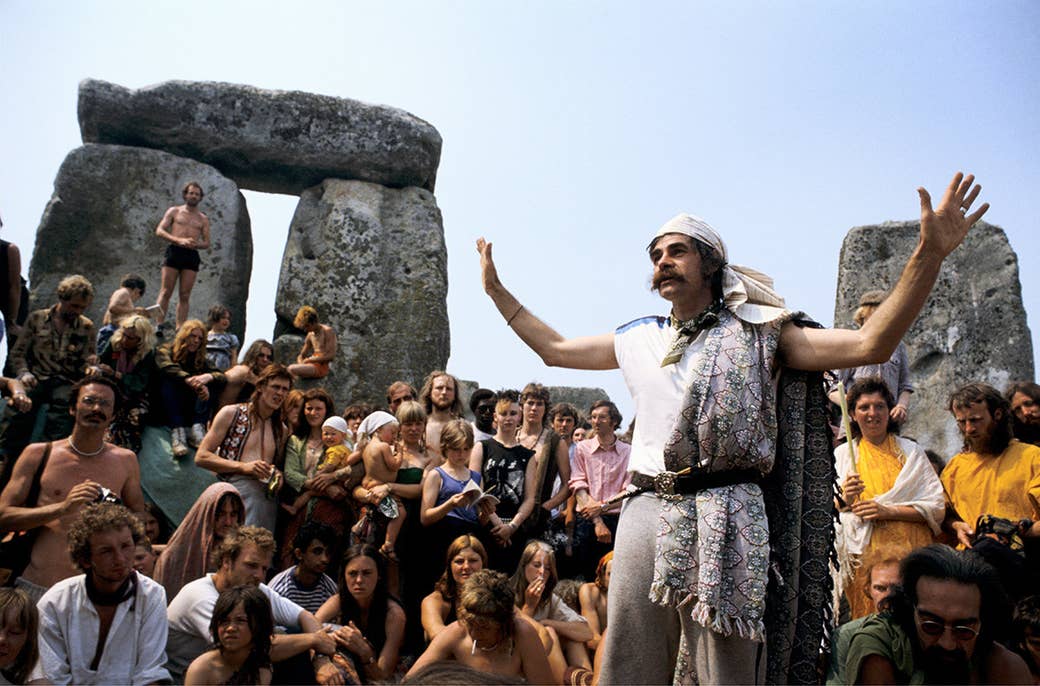 Hippies gather at Stonehenge in the UK to mark the summer solstice in 1972. 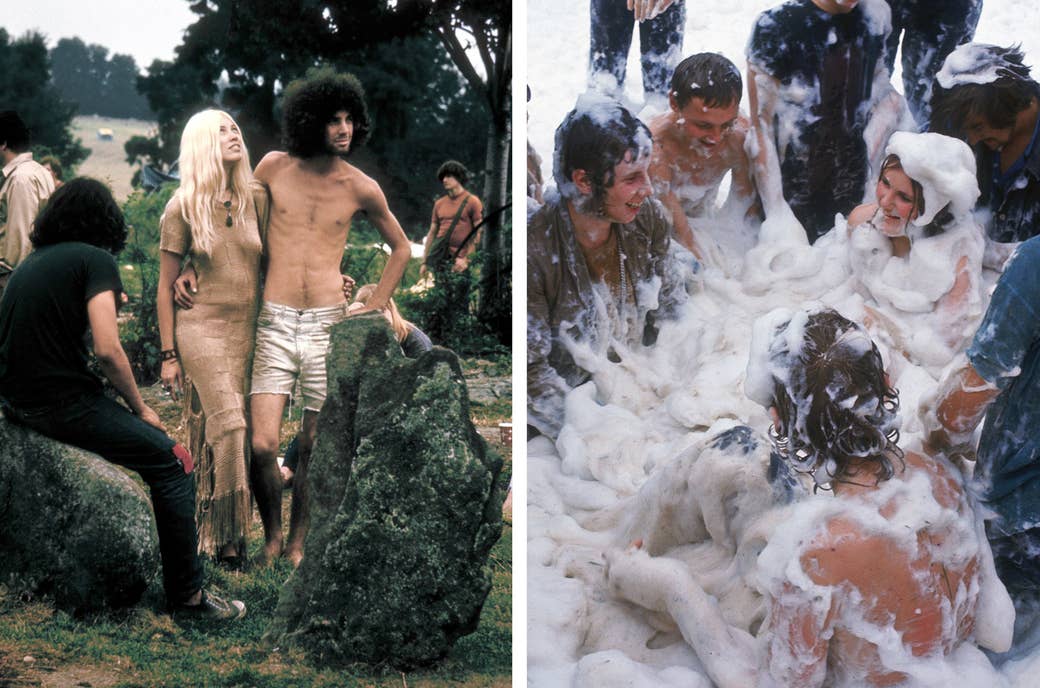 Left: A couple pose together during the Woodstock Music and Arts Fair in 1969. Right: A group of people frolic in a pile of foam at the Isle of Wight Festival. 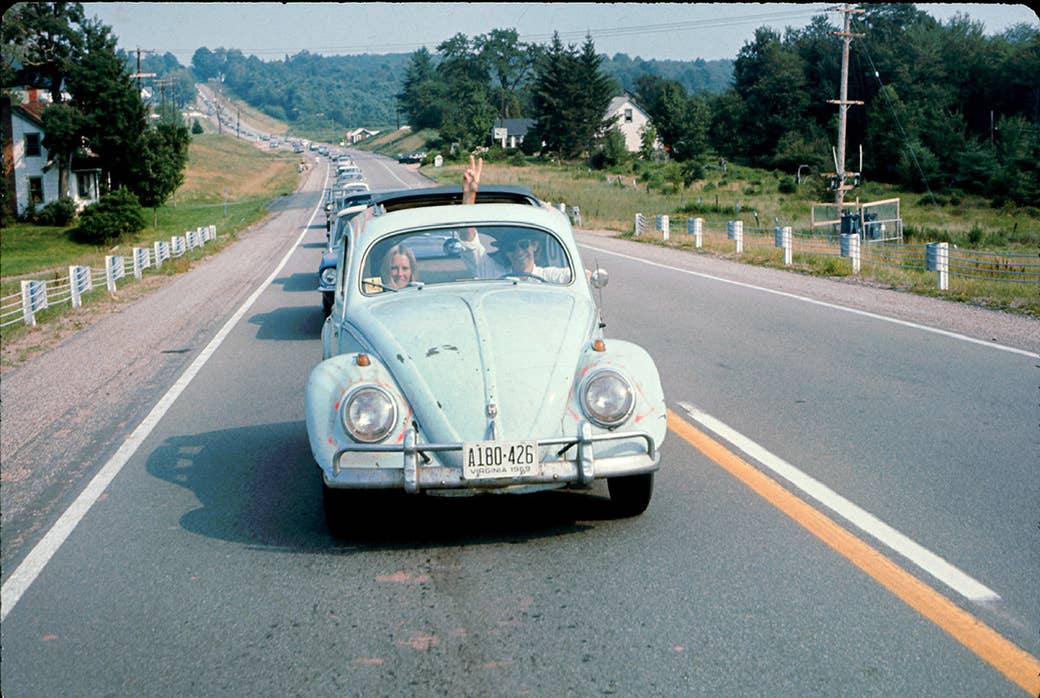 A man driving a Volkswagen Beetle makes his way to the Woodstock Music and Arts Fair as he flashes a peace sign through the sunroof in 1969.

See more pictures of hippies during the 1960s at Getty Images.

2017-08-13
Rahul
Previous: This Is What Every Woman Wants To Say To Every Man Who Makes Her Feel Uncomfortable
Next: China Will Defend North Korea Against America if the US Attacks First