Rare moonfish dies as fishermen argue about throwing it back

Rare moonfish weighing 1.2 tons dies when stunned fishermen who caught it spend a DAY arguing whether to keep it or throw it back in the sea

Russian fishermen caught 1.2 ton creature off the Kuril Islands in the Pacific

While they debated about whether or not to throw it back, the creature died

Scientists are furious, saying the fish should have been donated for research

A crew of Russian fishermen have been blasted after they caught a rare moonfish then let the creature die while they decided whether or not to throw it back.

The boat crew then fed the 1.2 ton creature to hungry brown bears, angering scientists who had wanted to study it.

The giant catch was made in the Kuril Islands on the country’s Pacific coast.

Russian fisherman hauled this 1.2 ton moonfish out of the sea near the Kuril Islands, in the Pacific, but could not decide what to do with it 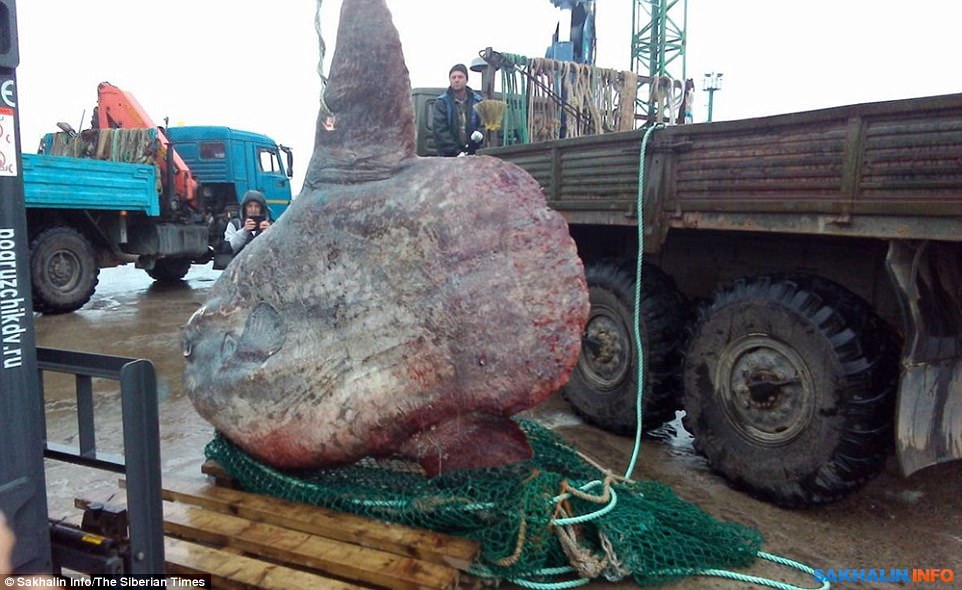 While they argued overnight about whether they should throw the rare specimen back into the water or not, the creature died

Fishermen from Iturup island caught a moonfish on 9 September – a rare specimen in the waters north of Japan weighting 1.2 tons.

The crew of the vessel were so surprised they took a day to decide whether to keep it or put it back in the sea.

‘The moonfish died while they were making decision,’ reported the The Siberian Times

The catch from the first known warm-blooded fish was then brought ashore in Iturup and left in the port for a couple of days, where it began to rot. 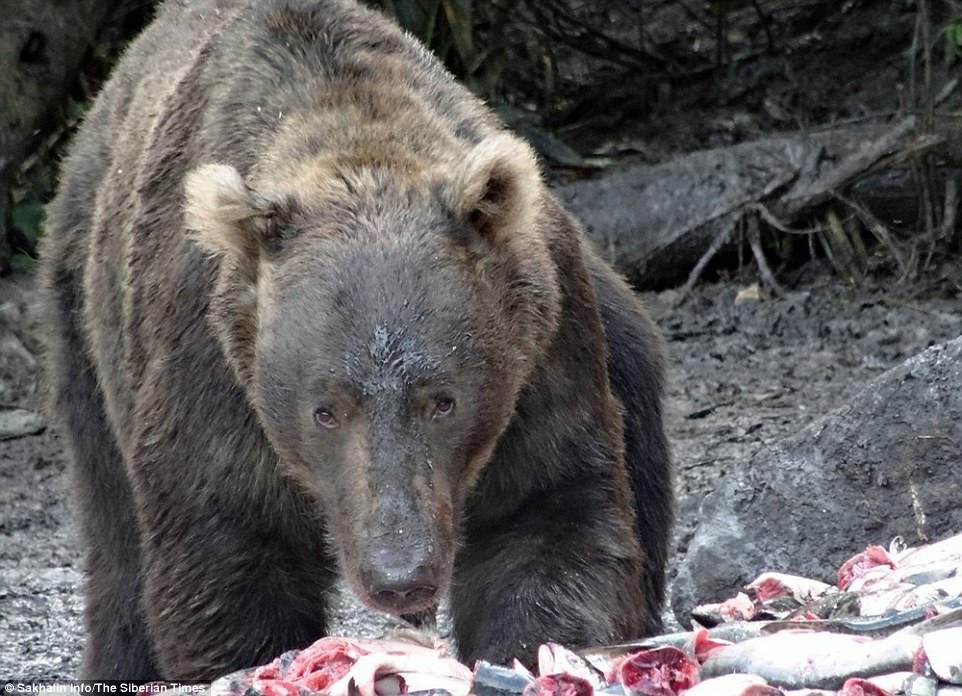 Islanders use the feeding site as a way to keep the bears away from their village, but short supplies this year means the bears have largely gone hungry.

Local fishermen decided to feed it to wild brown bears at a spot where islanders dump fish for hungry beasts to stop them ravaging villages and posing a danger to people.

This year the bears are reported hungry because of an absence of their natural foods.

However, the move upset local scientists who wanted to preserve the moonfish – also called Opah – at a local museum.
They won a promise that any similar catch in future will be donated to the scientists.

Scientists on the island blasted the fishermen for disposing of the catch, saying they should have donated its body so it could be studied.
source: dailymail.co.uk