Isn’t it exciting to watch those beer commercials where they have board meetings in the pool! We all secretly pray for something of the sort to happen.  But, life isn’t fair and Monday mornings usually mean gloomy faces and embarrassing presentations.

But, things seem to have taken a strange kind of turn in Belarus where workers turned up naked to work. While we in India still contemplate on the acceptable level of casualness on ‘Casual Fridays’, the citizens of Belarus went to office buck naked!

No, this isn’t some kind of protest against feminism nor is it a fight against injustice towards some serious debateable topic. This happened because someone didn’t practise his speech before going up on stage. So, the Belarusian President Alexander Lukashenko made a verbal flub while he was encouraging the country on innovative ways to get out of an economical crisis. So, while the country heard the dictator say “We must get undressed and work” (Talk about innovation, right!), what the dictator actually said was “We must develop and work”. The miscommunication happened as the two phrases sound familiar in Russian.

But, aren’t we all aware of the human ability to not let things go? Well, that’s exactly what happened. Now the citizens of Belarus couldn’t have disobeyed their dictator’s orders, could they? So, they decided to do this; 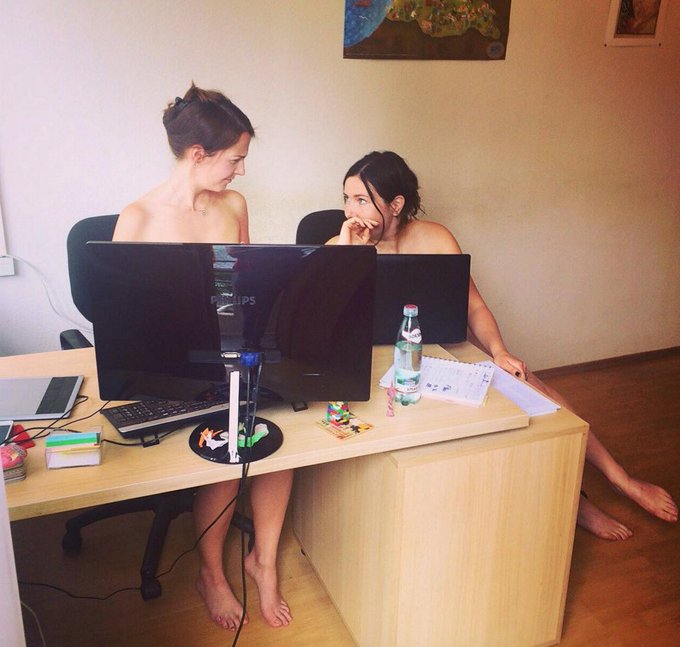 “The words I say from this rostrum are law for you!” said the dictator.

All we can say is if the Belarusian leader wants his word to be the law, he may want to re-check his vocabulary the next time.

◀ Restore Vision Naturally With Eye Exercises and Diet.
HOW LONG IT TAKES TO DECOMPOSE AN ITEM YOU BUY? ▶