Vaccines are Not for Public Health, It’s Really About Profit

Former Merck & Co sales rep Brandy Vaughan has recently revealed shocking behind the scenes information about the corruption that surrounds children’s vaccine procedures in the US. 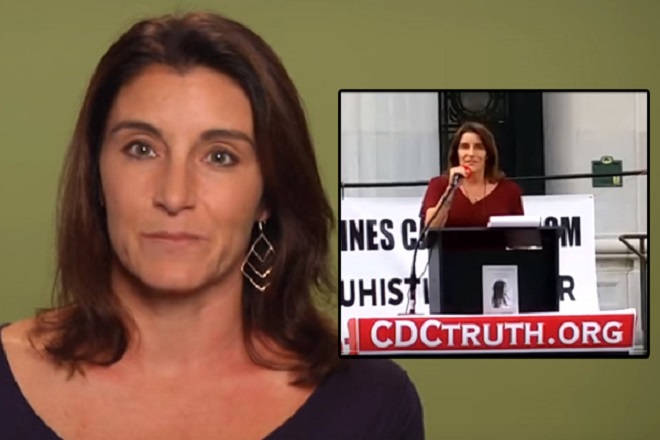 After becoming disillusioned with the industry, Brandy moved to Europe for 8 years where she had her son.

Upon returning she was met with contempt and criticism for not having vaccinated her 6 month old son. She admits to not knowing everything about vaccines at the time, but says she had done enough research to know what she thought was best for her son.

“…I asked to see a vaccine insert (because caregivers and patients receive two different ones, believe it or not), and the doctor got very upset at me and claimed I didn’t trust him. He stormed out of the room, and the nurse let me know that I wasn’t welcomed back…” she said in a video posted by Larry Cook from StopMandatoryVaccination.com
She said the incident was a “huge red flag” for her and it led to her delving deeper into the controversies surrounding vaccines which she said she found “flawed”
Side Effects Of Toxic Ingredients Often Found In Childhood Vaccines
The list of toxins found in vaccines include thimerosal and aluminum, both linked to reactions including headaches, fever, and nausea; to allergic reactions, seizures, severe pain, life-threatening severe illness and permanent brain damage to name but a few.
The government has paid out billions in damages since the National Childhood Vaccine Injury Act was passed in 1986 due to children being damaged in these ways by vaccines.
The toxins are especially dangerous for children with un-developed immune systems such as the very young.
Other dangers of common vaccines we know about include:

US gives around TWICE as many vaccines to it’s children as many other developed countries!
Many vaccines, including Fluzone can reach the public after as little as only two clinical trials, the long-term effects of these vaccines have sometimes not even been tested at all. Vaughn said “The thing about vaccines is that you don’t have to do the same rigorous safety studies as you do for other pharmaceutical drugs because they are classified as a public health measure versus the pharma drug,”