Friend who filmed topless mother before death is arrested

Friend who filmed topless mother hanging out of a car window as she hit her head on a road sign and died is arrested for drink driving.
Natalia Borodina, 35, was filmed hanging topless out of a window on holiday
Ivanna Boirachuk, from Ukraine, who filmed her, has been arrested by police
Officers have also identified the road sign which killed Ms Boradina

A woman who filmed a topless mother hanging out of a car window before she hit her head on a road sign and died has been detained by police on suspicion of drink driving.
Natalia Boradina, 35, was filmed hanging topless out of a window during a holiday in the Dominican Republic.
Police have now identified the road sign that killed Ms Boradina and detained her 32-year-old companion Ivanna Boirachuk, from Ukraine. 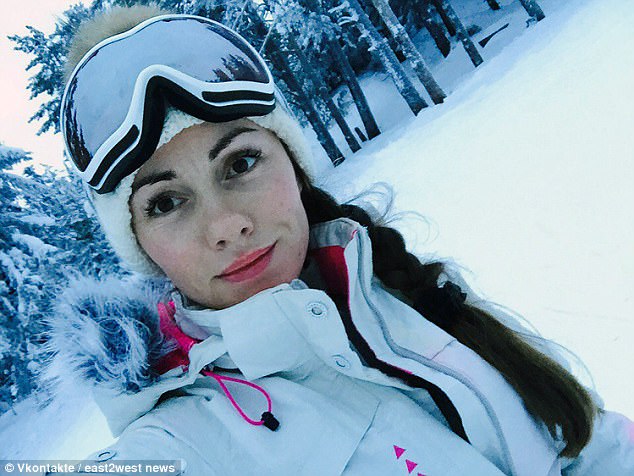 Natalia Boradina (pictured on a skiing holiday), 35, was filmed hanging topless out of a window during a holiday in the Dominican Republic 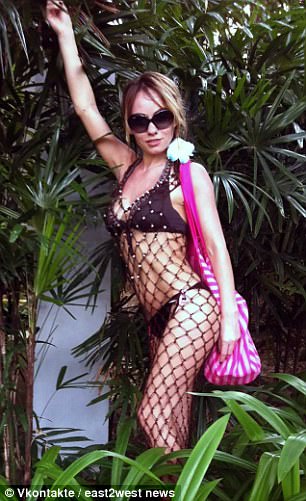 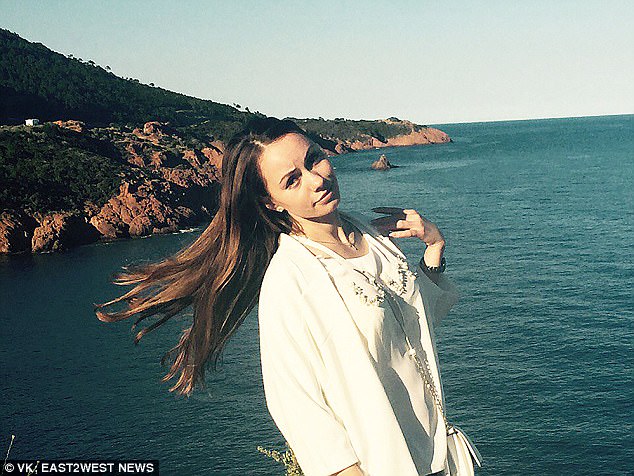 Tyre marks evidently show the dented red Kia Picanto car butted the yellow kerb at the moment of the tragic accident.
Ms Boirachuk used her mobile to film her friend letting her upper body hang out of the passenger side car window as they drove back from the beach near Punta Cana.
Ms Borodina playfully stuck her finger in her mouth and laughed at the camera, but within seconds, the video shows the impact.
She was rushed to hospital but died of severe injuries.
‘The woman was having fun demonstrating her naked breasts while her companion drove the car,’ reported Moskovsky Komsomolets. 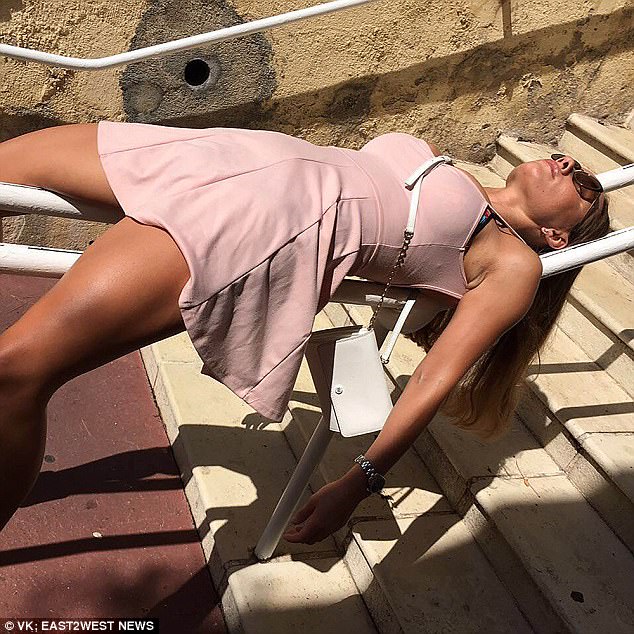 Deadly game: Natalia Borodina, from Moscow, is filmed by her friend as she leans out of the window of a moving car in the Dominican Republic

High risk: The 35-year-old can be seen with her upper body hanging out of the passenger side

The newspaper cited tourist experts saying 95 per cent of Russian deaths abroad were due to tourists’ ‘own stupidity’ and not the result of terrorism or natural disasters.
Grieving friends of Ms Borodina – who lived in Cannes – have angrily denied reports in Russia that she worked as an escort, calling her a ‘caring daughter and good mother’ to her 11 year old son.
Now the bereft family say they cannot afford the cost — reported to be £15,000 — of repatriating her body for burial in Russia, and admit Ms Borodina did not have insurance when she flew on holiday to the Dominican republic.
Natalia’s friend Elena Korolyova said the dead woman did not deserve to be judged by her reckless behaviour that led to her death.
She helped her poor family with everything,’ she said. Nobody else worked, only Natalia.
‘She wanted to get everything, she was hoping for a better future. And anyone can make a mistake, why should we judge her by just one video? Are we all saints?’
Family friend Anzhelika Kling said: ‘Natalia has a sister Yulia who lives in Chelyabinsk region, as does her 80 years old mother.
‘Yulia is raising her own son and she also took care of Natalia’s 11 year old son when she was away.

Family friend Anzhelika Kling said: ‘Natalia (pictured) has a sister Yulia who lives in Chelyabinsk region, as does her 80 years old mother

Shocking: Ms Borodina was rushed to hospital and died there of ‘serious injuries’

‘They don’t have the money needed to pay for the transportation of the body.’
She said: ‘We got to know about the tragedy from Internet. Then the investigator called the family and confirmed it.
‘We don’t know what to do with the body now. There is no money for transportation. She may have to be cremated there.’
Anastasiya Akulenko, another Natalia friend, said: ‘She and I were married to two brothers.
‘She parted with her husband, he has a new family now and doesn’t see his son. Natalia was very upset because of her divorce.
‘She was a caring daughter and a good mother, and she supported her family.

Tragedy: Ms Borodina, seen in a photo posted on her social media page, died in hospital

Ms Borodina is originally from Zlatoust, an industrial city in the Urals, but then moved to regional capital Chelyabinsk, before relocating to Moscow

‘She was not as escort as ill-wishers have said.
‘She was successful without any prostitution, she earned well, and could afford a good holiday.
‘Recently she lived in Cannes and was sorting out visas as a business.’
She also sold properties to rich Russians, it was reported.
‘She could work from any spot, she just needed a laptop, this is why Natalia used to travel a lot.
‘Her son lived with her for a while but later asked to send him back to Zlatoust because he missed his granny.
‘Natalia never forgot about her family and often came to see them.’
Russian consular officer Zurab Peradze said: ‘I have been in touch with the local prosecutors’ office to gather information about the accident.
‘The investigation is going on now.’
credits: dailymail