First sex doll-only brothel opens in Germany following success of Austrian outlet as bizarre trend spreads across Europe
Germany’s first sex doll-only brothel, featuring 11 ‘love dolls’, has now opened
It is run by a woman – 29-year-old Evelyn Schwarz – who has named it ‘Bordoll’
She stocked her establishment with 11, five stone silicone dolls bought from Asia
Schwarz claims she gets visitors from across German society – including judges 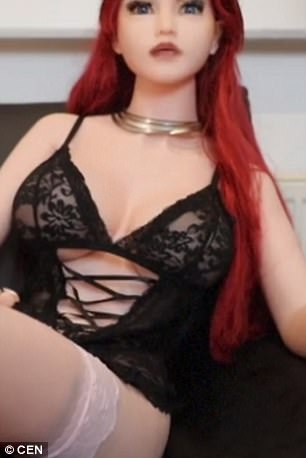 Evelyn Schwarz, 29, runs the aptly named ‘Bordoll’ in Dortmund – a fusion of the words ‘bordello’ and ‘doll’.
Originally looking into S&M, Schwarz instead decided to buy 11 silicone ‘love dolls’ – each of which she gave a unique name.
The five stone sex dolls are imported from Asia and cost her €2,000 (£1,786) each.

They all have different heights, hair colours and breast sizes. One sex doll is even made to look exactly like a blue-haired Japanese anime character.
It has been such a success that the dolls are booked around 12 times a day, costing €80 (£71) per hour.
Schwarz said: ‘For many it is not a fetish, but more of a curiosity.’ 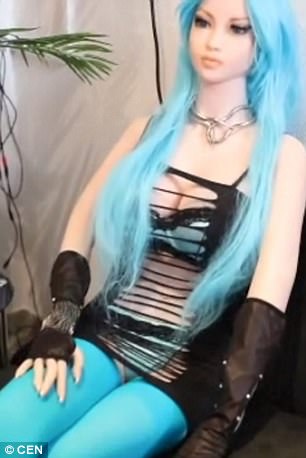 She added: ‘Actually I was looking for colleagues with good knowledge of German for the S&M scene, because for these practices communication is very important. But I did not find any.’
The brothel operator said that men of every age and profession from all across Germany have flocked to her brothel.
Schwarz said: ‘From those on benefits to judges. Seventy percent of men also come back.’

Bizarrely, Schwarz said that the wives of many brothel visitors are reacting ‘with tolerance’ to their desires and are often seen ‘waiting outside in the car’ while their husband is having sex with a doll.
She said: ‘They see it as a toy.’ 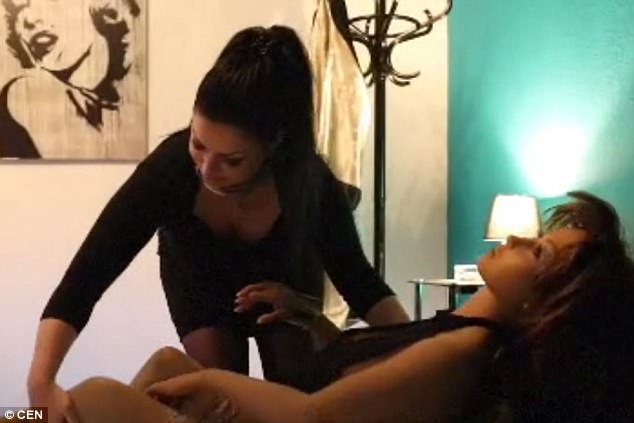 Schwarz has only had one bad experience at her brothel so far, when an overly excited customer broke a doll, ‘Anna’ – the most popular one in the establishment.
Schwarz said she had to order a new one. 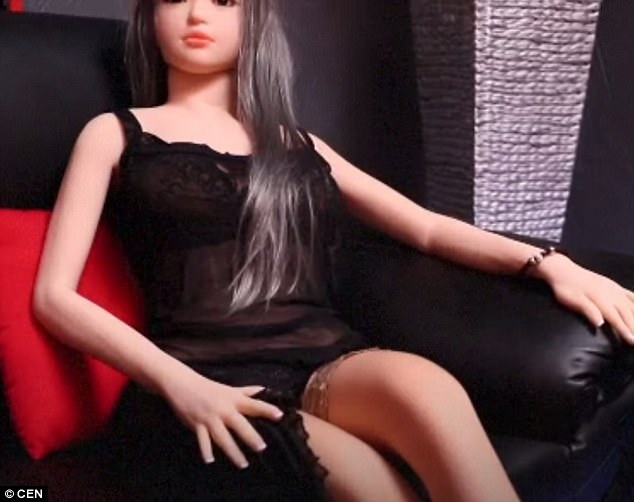 According to reports, sex industry experts estimate that people with a fetish for sex dolls are a growing group, and that they expect more dolls to be made available by brothels.

Austrian psychologist Gerti Senger explained why some men are more interested in sleeping with sex dolls instead of a real woman.
Senger said: ‘First, the man can do anything with the doll. Second, every intention is turned off, which can be a factor with a prostitute.’
But Senger, who is a co-chair at the Austrian Society for Sexual Research, said that she was shocked by some dolls being more popular than real prostitutes and called it ‘a real autistic tendency’.
It was reported earlier this year that sex doll ‘Fanny’ became the top-selling superstar of the ‘Kontakthof’ brothel in the Austrian capital of Vienna, getting more customers than the real prostitutes.
At the Ars Electronica Festival in the city of Linz, an interactive silicone sex doll named ‘Samantha’ became so popular that it broke down because so many visitors groped its breasts and soiled its body.
In Germany, a new brothel has now opened that caters exclusively to those who are attracted to plastic sex dolls.
credits: dailymail

2017-10-19
Rahul
Previous: Lady Gaga Made A Cake On Her Sister’s B’Day And Gordon Ramsay Humiliated It On Twitter
Next: Santiago Flight 513 Commercial Airliner Takes Off In Germany In 1954, Lands In Brazil In 1989