These Aren’t Just Ladybugs In Your House, The Truth Can Be Dangerous

No one can deny that ladybugs are adorable and sweet, not even people who are afraid of bugs. But most people don’t know that there’s a similar bug to it that can actually bite you and your pets. The mean copycat is called the Asian Lady Beetle and as its name suggests, it’s not native to North America.

Like many other winter bugs, Asian Lady Beetles invade homes during the winter as they seek warmth and shelter from the harsh temperatures. The worst part is definitely the fact that they bite, and according to Dr. Alex Wild of the University of Texas “they have a habit of stinging things they land on.” This Japanese insect was introduced to several southern states in the USA during the 1960s as a pest control measure. Since then, their population has grown to the point that they’ve become the new pest. 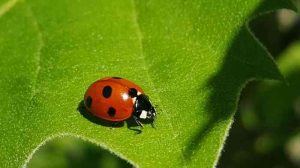 Asian Lady Beetles are attracted to illuminated surfaces like sunlit walls and they’re so uncomfortable to live with that in some states they affect the quality of life of human residents. They can also leave behind pesky stains on the surfaces they land on and leave a strong, lingering smell.

According to Dr. Wild, the main danger is not health related but rather in something we cannot see. In an interview with KEYE TV he said: “They’re out there in large numbers, they’re not from here, they’re eating a lot of our native insects in ways that would have unpredictable effects in terms of pest control.” 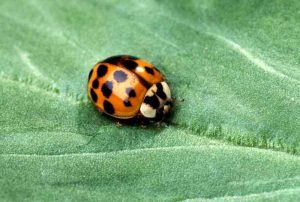 Besides being a little unfriendly, the small Asian Lady Beetles can also show up in very large numbers in your home. One easy fix to get rid of them is by vacuuming them, according to Roy Parker, a professor and extension entomologist at Texas A&M. These Japanese bugs are also repelled by anything with citrus qualities, but home improvement stores also offer harmless sprays to get rid of them.

Recently, Texas Parks and Wildlife officials reported that Central Texas was experiencing a particularly high volume of Asian Lady Beetles. They don’t suggest killing them, and instead they say that you should wait for the warmer months and use the natural and harmless solutions offered by experts. 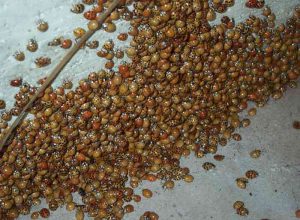 Physically, the Asian Lady Beetle looks slightly different than the lucky ladybug we all love. They both have a black head, but ladybugs have a much smaller white mark on their heads. The Asian Lady Beetle has two large white marks on each side of the head, and they’re referred to as cheeks due to their size.