The Vatican church, or the Roman Catholic church, has a long history of corruption and deception. 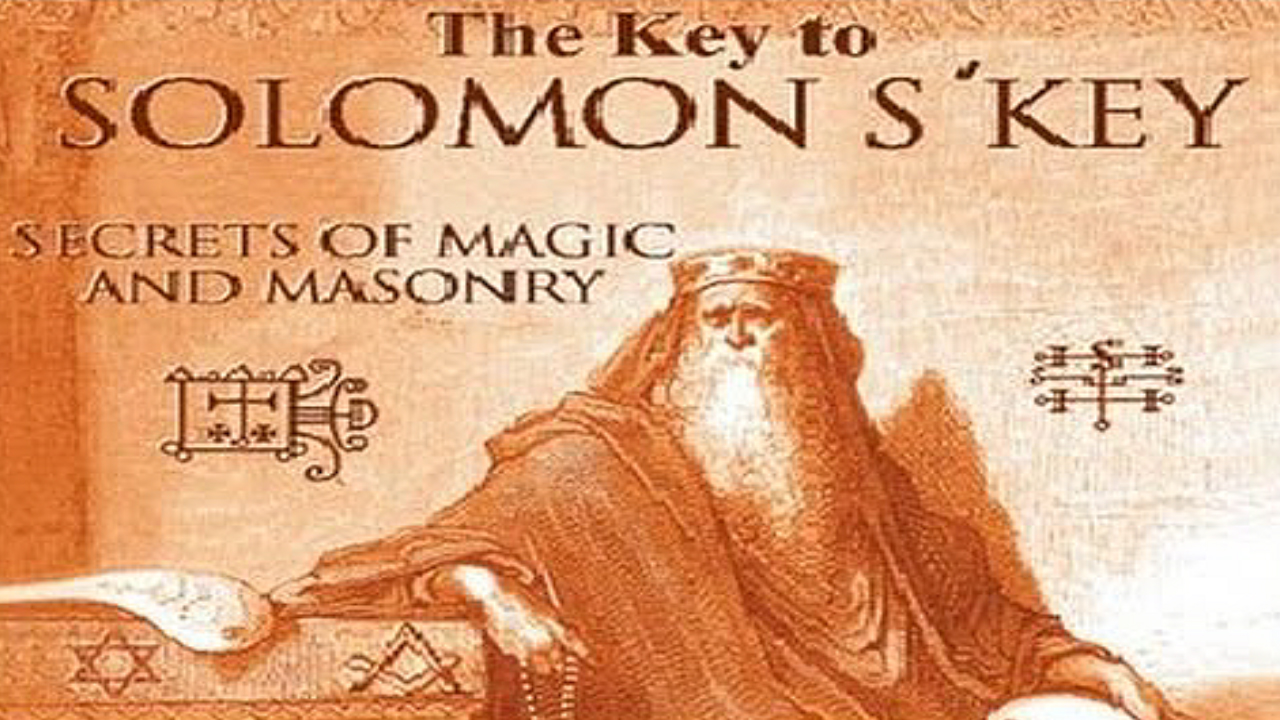 Aside from literally committing acts of outright genocide several centuries ago against the Cathars, to sexually abusing children in more modern times, it is certainly one of the most corrupt organizations in history.
In the year 1611 the Bible was translated from Latin into English.
Back then the Bible contained a total of 80 books and the last 14 books, which today have been excluded, made up the end of the Old Testament and were as follows:
In 1684 all of these books were removed from all versions of the bible except for a 1611 edition – the very first edition translated into English.
In this first edition you will actually find that Jesus’ name is spelled IESUS and pronounced Yahashua.
So why then does everyone continue to call him Jesus, when the letter J was not used at the time?

One book that is particularly interesting, is the “Wisdom of Solomon”. For those who don’t know, Solomon is one of the most legendary characters from the Bible.

He was the son of David and is alleged to be the wisest man that has ever lived. He is painted largely as a benevolent figure but what you read in this book will make you question everything you were led to believe about him.

1 For the ungodly said reasoning with them selves, but not a right, our life is short and tedious and in death of a man there is no remedy: neither was there any man known to have returned from the grave.

2 For we are born at all adventure: and we shall be hereafter as though we had never been: for the breath of our nostrils is as smoke, and the little spark in the moving of our heart

3 Which being extinguished, our body shall be turned into ashes, and our spirit shall vanish as the soft air,

4 And our name shall be forgotten in time, and no man shall have our works in remembrance, and our life shall pass away as the trace of a cloud, and shall be dispersed as a mist, that is driven away, with the beams of the sun, and overcome with the heat thereof.

5 For our time is very shadow that passeth away; and after our end there is no returning: for it is fast sealed, so that no man cometh again.

6 Come on there for let us enjoy the good things that are present: and let us speedily use the creatures like as in youth.

7 Let us fill ourselves with costly wine and ointments: and let no flower of the Spring pass by us.

8 Let us crown ourselves with rosebuds, before they be withered:

9 Let none of us go without his part of our voluptuousness: let us leave tokens of our joyfulness in every place: for this is our portion and our lot is this.

10 Let us oppress the poor righteous man, let us not spare the widow, nor reverence the ancient gray hairs of the aged.

11 Let our strength be  the law of justice: for that which is feeble is found to be nothing worth.

12 Therefore let us lie in wait for the righteous; because HE is not of our turn, and HE is clean contrary to our doings. He upbraideth  us with our offending of the law, and ojecteth to our infamy the transgression of our education.

13 HE professeth to have the knowledge of the MOST HIGH, and calleth HIS self the child of the LORD.

14 HE was made to reprove our thoughts

15 HE is grievous unto us even to behold, for HIS life is not like other men’s, HIS ways are of another fashion.

16 We are esteemed of HIM as counterfeits: HE abstaineth from our ways as from filthiness: HE pronounceth the end of the just to be blessed, and maketh HIS boast that GOD is HIS father.

17 Let us see if HIS words be true: and let us prove what shall happen in the end of HIM.

18 For if the just man be the Son of THE MOST HIGH, HE will help HIM and deliver HIM from the hands of HIS enemies.

19 Let us examine HIM with despitefulness and torture, that we may know HIS meekness and prove HIS patience.

20 Let us condemn HIM with a shameful death: for by HIS own mouth HE shall be respected…..

This raises a number of important questions

Let’s consider why this could be who Solomon was talking about;
Then listen to what Solomon has to say:
And one last thing I would like to point out is when Solomon says;
Let us oppress the poor righteous man, let us not spare the widow, nor reverence the ancient gray hairs of the aged.
This really disrupts everything we thought we knew. Solomon really sounds evil. He is also alleged to be the wisest man in history.
Interestingly, Solomon is a man who was engulfed in the occult, he worshiped multiple gods and was weak for women. And the famous Temple of Solomon is considered to be the spiritual birth place of Freemasonry, a movement that is (at the highest levels) associated with pulling the strings of major global events and argued to be the true controlling power of our world.
Whatever is really going on here, we should certainly research it further.
Below you can watch a documentary on the occult knowledge and mastery of King Solomon;

2016-11-03
Rahul
Previous: How Plumbing (Not Vaccines) Eradicated Disease
Next: Another CIA Officer Comes Forward About 9/11 & ISIS.