We recently remembered the tragedy that happened on 9/11, the bloodiest day on American soil in living memory. The events that happened that day were the catalyst for the “war on terror”, but how many other wars has America been a part of since WWII? 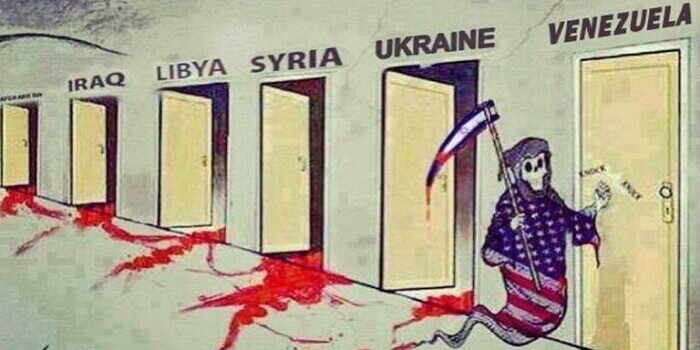 How many innocent victims have been killed overseas? Even though it didn’t happen in this country, it still happened.
Since WWII America have been involved in the deaths of countless thousands of innocent civilians in wars that were none of our business. There is hardly a country in which the USA armed forces have not wielded their weapons.
A study by James A Lucas describes 37 nations that have been deeply affected by U.S. involvement. In more recent times it is noticeably Afghanistan and Russia who have been the victims.

In 1998, Zbigniew Brzezinski admitted of a battle, instigated by the CIA in which 12,000 people were killed in Afghanistan, all the fault of the US.

The Carter administration provided “secret aid” to rebels in the hope of destroying the pro-Soviet regime. An act supporting this behaviour was signed off. Brzezinski’s words in 1998, “Regret what? That secret operation was an excellent idea. It had the effect of drawing the Russians into the Afghan trap and you want me to regret it?” In the end over one million were killed.

Another war America interfered with was the Angola civil war, which lasted 26 years. A reported 300,000 to 750,000 were killed. Kissinger had claimed that the US had to intervene in Angola because “the Soviet Union was already providing military aid to the Popular Movement for the Liberation of Angola (MPLA) in the form of Cuban troops.”

It later came to light that he had lied and the Soviet Union was not willing to go to war.

The CIA insisted of being involved in Salvador Allende’s election to Chilean president. On Sept. 11, 1973, Allende was killed, through assassination or suicide.

In the 1960s in the Dominican Republic 3,000 were killed after a CIA coup overthrew Juan Bosch. The US army sent in 20,000 troops when the people tried for a re-election.

Up to 200,000 died from U.S. bombs in the Vietnam war, added to the 5.1 million deaths already estimated by the Vietnam government.

Bush’s “war on terror” aimed to stop the needless slaughter of innocent victims in a world run by political backwardness. The US has been heavily involved in the very same thing for the last century.

2017-01-08
Rahul
Previous: The Thorium Car – The Car That Runs For 100 Years Without Refuelling
Next: Amazing : Humans Did NOT Evolve On Earth