Back in 2004, scientists found some fossils of ancient humans on a small island called Flores, in Indonesia.

What was really exciting was that these humans were tiny compared to every known human species – just 1 metre tall as adults.

That’s smaller than any of our ancestors, all the way back to the African apeAustralopithecus 3 million years ago. They were found in a place called Liang Bua. Dating techniques put them at between 50,000 and 100,000 years old.

The little humans were named Homo floresiensis – “Flores man” – but they were popularly known as hobbits. 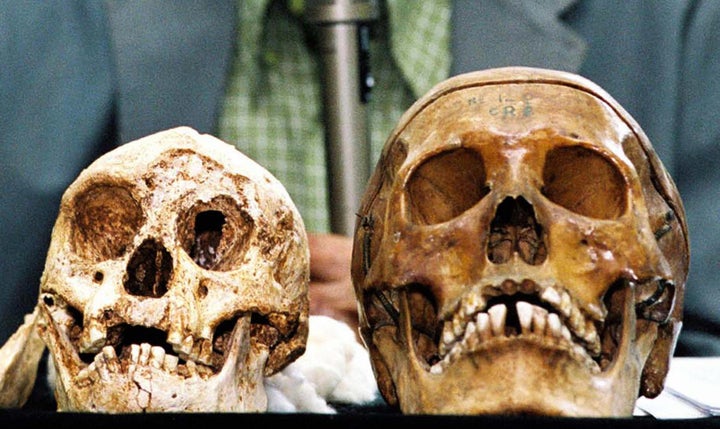 As well as being tiny, they had very small skulls and brains.

The trouble was that it wasn’t 100% clear the fossils really were from a separate species.

Some people think H. florensiensis didn’t exist, and that instead the remains were of modern humans with a genetic disorder – such as Down syndrome or microcephaly – that had stopped them developing fully as adults.

Now more, much older fossils have been found in the same region that go some way to ending the debate.

They were found in 2014 in an area of Flores called Mata Menge, and analysis of them has just been published in a pair of studies in the journal Nature. There’s not much to the newly discovered fossils – just a fragment of a jawbone and six teeth – but the researchers, from universities in Australia, the US, Indonesia, Japan, and elsewhere, say they’re ancestors of H. floresiensis.

One of the authors of the research, Dr Yousuke Kaifu of Japan’s National Museum of Nature and Science, told a press briefing: “The [Mata Menge] fossils represent the remains of at least three and probably more individuals. They are very small, and very like H. floresienses. Results strongly suggest that it is a direct ancestor.”

That shows, the researchers say, that the “hobbits” really were a human species in their own right.

Dr María Martinón-Torres of University College London, who did not work on either study, told BuzzFeed News the Mata Menge fossils were an “extraordinary finding”, but warned against over-interpreting the discovery. “I think it’s logical that they’re related to H. floresiensis because of the size and the location,” she said, “but we need more data.”

The newly discovered fossils seem to blow the “modern humans with a genetic disorder” theory apart, because they are 700,000 years old.

Anatomically modern humans – Homo sapiens – only came into existence about200,000 years ago, and aren’t believed to have left Africa for tens of thousands of years, although that’s disputed.

Dr Gerrit van den Bergh of the University of Wollongong, another author of the project, told the briefing: “The presence of hobbit-like hominids permanently disproves the hypothesis that H. floresiensis was a modern human suffering from dwarfism or some form of chromosomal disorder.”

Martinón-Torres said that while this shows the new fossils are not from modern humans, it doesn’t completely rule out the possibility that they’re from individuals who suffered from a growth abnormality. “If there’s a population that’s that isolated on an island, you’d expect to see some evidence of genetic abnormalities,” she said. “Other hominid species could have abnormalities too.”

If H. floresiensis is a real human species, the other question that needs answering is where it came from. There are two main hypotheses, both of which have extraordinary implications. 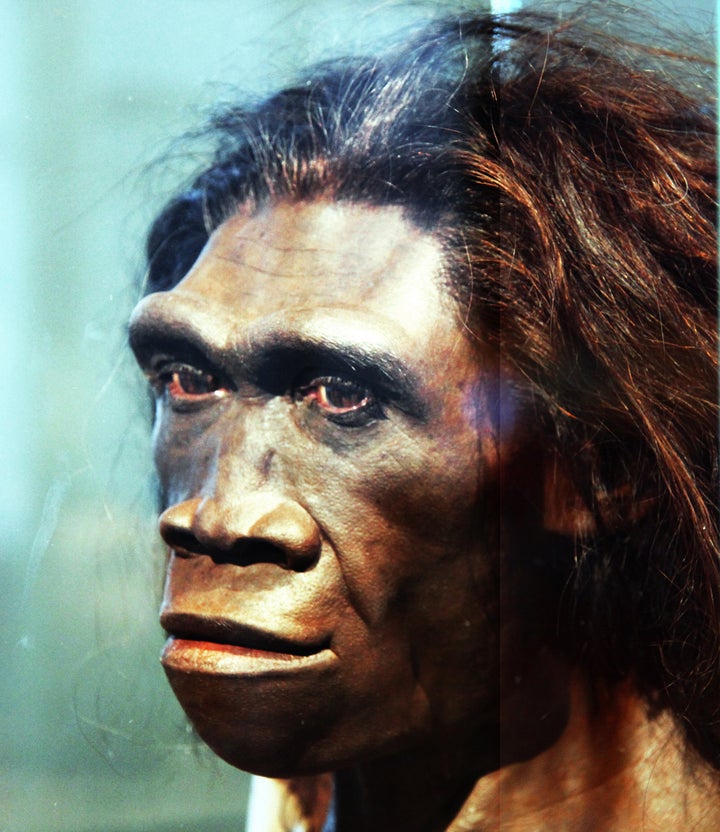 A model of the face of an adult female Homo erectus.

“The first hypothesis is that H. floresiensis is descended from a large-bodied Homo erectus,” a much bigger species, said van den Bergh. But that would mean that while all the rest of human history has been a process of brains getting bigger and people getting taller, this one population in Flores went the other way.

Van den Bergh added: “The second possibility is that it emerged from an earlier, smaller hominin,” such as Homo habilis or Australopithecus, which were nearly as small as the hobbits, with similarly small brains. But if that were the case, according to the authors, it would mean those ancient human ancestors must have left Africa by 2 million years ago, for which there’s no evidence.

The researchers say the Mata Menge fossils support the first hypothesis – that H. floresiensis is descended from H. erectus.

The shape of one of the fossil teeth, a molar, “points to an H. erectus ancestry”, said van den Berg, but the molar is “much smaller than H. erectus molars, suggesting thatH. floresiensis is a dwarfed form of H. erectus”.

That means, he said, that while previous evidence implies the body and brain size of human species “gradually increased throughout the Pleistocene era” (i.e. from about 2.5 million years ago to about 10,000 years ago), the Flores fossils show the process “was not necessarily one-directional”.

He said it was necessary to “sound a note of caution”, however, because “we have only discovered a small number of fossils.”

He said: “Firmer conclusions must await the discovery of more fossils, especially of the postcranium [parts of the skeleton other than the skull], which is where some of the most distinctive H. floresiensis features are.”

It looks as though H. floresiensis is an example of “island dwarfism” – a tendency for large animals to evolve to be smaller when they are stranded on islands. 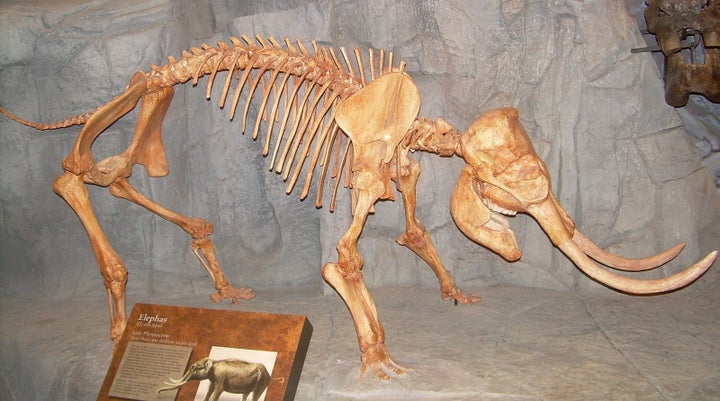 Photograph of a fossil cast of a pygmy species of Elephas/Palaeoloxodon falconeri skeleton taken at the North American Museum of Ancient Life.

There are lots of examples – some of the most famous are island pygmy elephants, which were common on several Mediterranean islands for much of prehistory. Dwarf stegodons, a relative of the elephant, have been found on Flores. But island dwarfism hadn’t previously been seen even in primates, let alone humans.

The age of the Mata Menge fossils means the dwarfing must have happened relatively quickly, says van den Bergh: “It took only 300,000 years to get from H. erectus to the size of H. floresiensis or even smaller. That might seem rather fast but we haven’t got much to compare it with – there are not many islands where there is a sequence of fossils giving us a time frame for island dwarfism.”

In one of the papers, the authors note that deer on the island of Jersey shrank to one-sixth their ancestral size in just 6,000 years, so the time frame is plausible.

2016-07-04
Rahul
Previous: Meet The Biohackers Letting Technology Get Under Their Skin
Next: Wait, Do Cats REALLY Understand Physics?