Two Naval nurses have been removed from duty after images of them messing around with newborn babies emerged online.
Images originally uploaded to Snapchat but later shared on Facebook by concerned recipients shows one of the women flipping off a baby with the caption ‘How I currently feel about these mini Satans.’
A second photo shows another nurse holding a baby by the arms, with those who shared it saying it came from a video where she makes the girl ‘dance’ to rap music 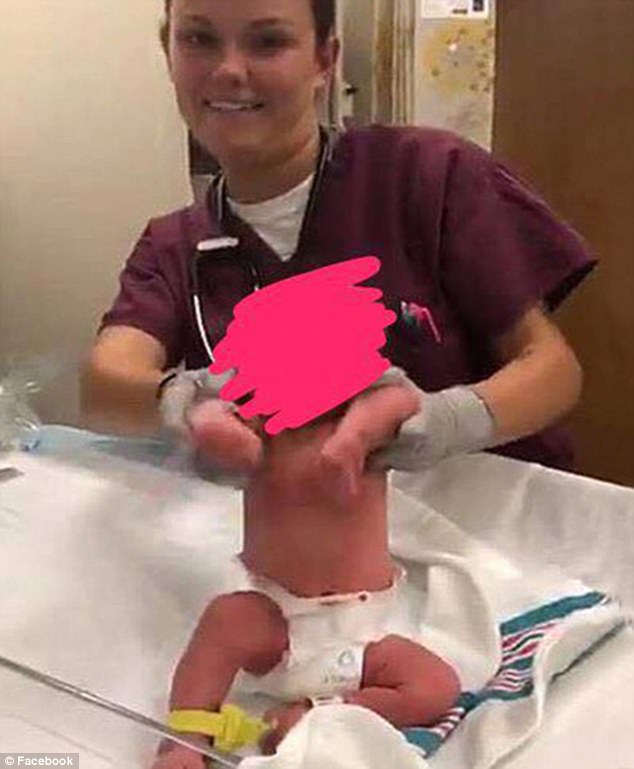 Two nurses have been removed from duty at Naval Hospital Jacksonville, in Florida, after uploading images of themselves messing around with newborns to Snapchat. This image was purportedly taken from a video that shows the nurse making the baby ‘dance’ to rap music

The pictures were shared hundreds of thousands of times after being posted online, and were quickly brought to the attention of hospital authorities.
A statement from the hospital’s commanding officer was uploaded to Facebook on Monday night.

It says: ‘We are aware of a video / photo posted online. It’s outrageous, unacceptable, incredibly unprofessional, and cannot be tolerated.
‘We have identified the staff members involved. They have been removed from patient care and they will be handled by the legal system and military justice. 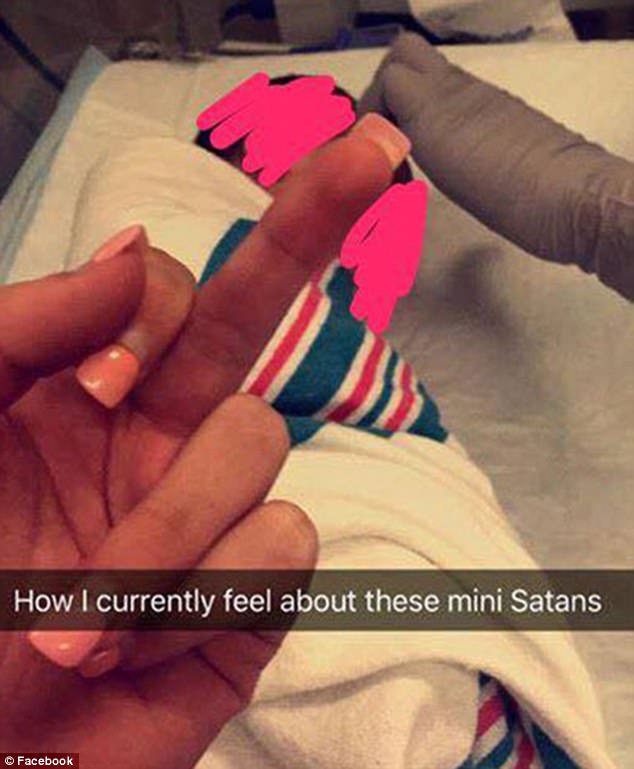 The images were taken from Snapchat and posted to Facebook by concerned recipients. They quickly went viral, leading the hospital to remove the workers and launch and investigation

‘We’re in the process of notifying the patient’s parents.’

The images caused an outpouring of rage on social media, with the nurses branded ‘cruel’ and ‘disgusting’.

Jane Agerton, who identified herself as a nurse from Tennessee, wrote: ‘They need to have their nursing license revoked. I am totally disgusted. How juvenile. Grow up.’

Joy Allen added: ‘As a former Navy daughter, Navy wife and mother of a child born at NAS JAX I am sicken by this behavior.

‘I am sure that if I caught someone doing that to my child…your a** would have been grass under the lawn mower. Shame!’
source: dailymail.co.uk

2017-09-19
Rahul
Previous: The World As We Know It Is About To End-Again-If You Believe This Biblical Doomsday Claim
Next: The Night One Russian Military Officer May Have Saved The World