Doctors in Brazil are “quietly acknowledging” that Zika may not be responsible for causing birth defects after all. 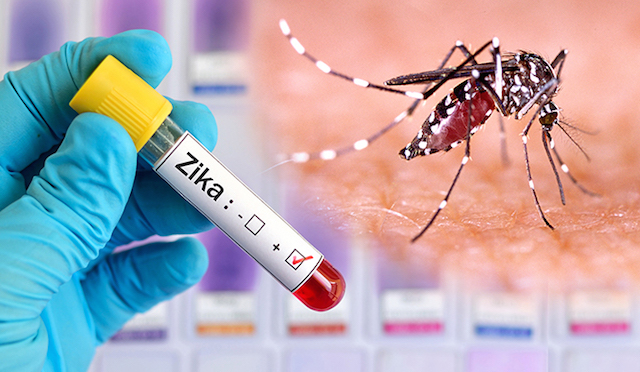 “We suspect that something more than Zika virus is causing the high intensity and severity of cases,” Fatima Marinho, director of information and health analysis at Brazil’s Health Ministry told the journal Nature in a late July interview.
Research conducted by the New England Complex Systems Institute found extremely low occurrences of birth defects among Colombian women infected with the Zika virus, meaning there must be another factor involved in the outbreak.

The study monitored and recorded over 12,000 pregnant women living in Colombia who were infected with the virus. Not a single one gave birth to a baby with microcephaly.

Were the fears over Zika perpetuated to increase profits for several key industries?

Organic&Healthy has identified five agendas or industries that have something to gain from the Zika virus:

Widespread fear mongering over Zika is just another predictable example of Big Pharma con artistry and government science quackery in action. At the end of all this, nearly all the children who are harmed by all this will have been harmed by the DEET and pesticide chemicals, not Zika virus.

The Health Ranger said in a statement:

The Zika hoax is being spread by the same con artist cartels that pushed the H1N1 and bird flu schemes to sell billions of dollars in vaccines … and most of those vaccines were later destroyed without ever having been administered to anyone.

Could pesticides be responsible for the birth defects in Brazil?

Ok, so what exactly is causing the birth defects in Brazil? Some theories suggest that it has something to do with a chemical called pyriproxyfen, an insecticide that mimics natural hormones in insects, disrupting reproductive growth. 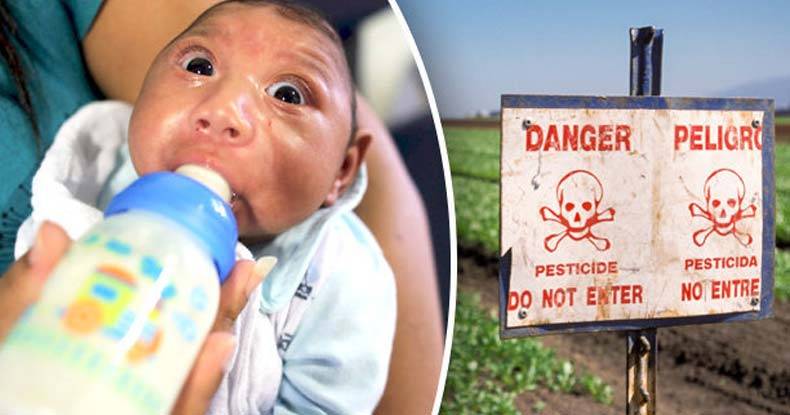 It’s registered for use by the U.S. Environmental Protection Agency (EPA) in 1995 and is what’s called ‘an insect growth regulator’  that affects cockroaches, ticks, fleas, ants, beetles and mosquitoes.

According to the National Pesticide Information Center, the pesticide is regularly used on lawns and various foods including peanuts, strawberries, asparagus and grapes, . The EPA suspects that the chemical is a known endocrine disruptor.

It’s been shown in studies that endocrine disruptors have adverse effects on reproductive development and fetuses, often leading to impacted brain function and development.

Pyriproxyfen, used to kill mosquito larva, was applied in areas which subsequently exhibited concentrated rates of microcephaly. The chemical was even put into the drinking water in Pernambuco, a state in Brazil at the center of the epidemic.

What’s more, the pesticide was sprayed and dumped into the water just before the microcephaly outbreak, some reports note.

We must follow the research to see where it leads and respond effectively while we protect pregnant women and their unborn babies regardless of the child’s disability.

2016-09-21
Rahul
Previous: When Your Heart Feels Heavy-You Must Read This
Next: Ways to Keep Yourself Motivated for Success