8 Weird Things That Our Ancestors Did

We are blessed in so many ways when compared to our ancestors. They had to work really hard for everything. But, when it came to fashion and lifestyle people in the past were not any less eccentric than the people of today.

Here, we have consolidated a list of things that our ancestors did which will definitely surprise and weird you out at the same time.

The First And Second Sleep

The biphasic sleep was followed by the Europeans who lived in the middle ages. they had two sleep cycles, one from sunset till about midnight and then people would wake up for 2-3 hours which was considered to be a break. This break was used to read, pray and socialize with friends and neighbors. Post which the second sleep cycle would commence which would last till sunrise.

There was a practice of live alarm clocks where a person would wake up other people who had to get up early. These professionals were called knocker-upper and they existed from the mid-18th century until the 1950s. Their job comprised on knocking on their clients’ windows with sticks or shooting at them with pea shooters. Although there is no evidence to this, it is belived the knocker-uppers never went to bed before their work. 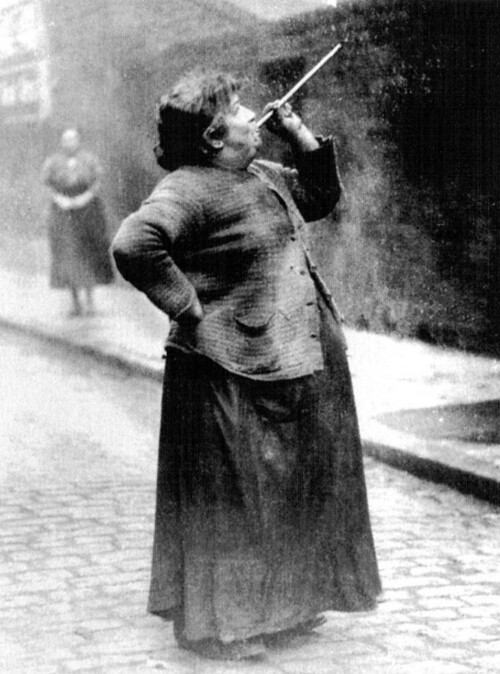 A tradition which started in the 16th century and lasted until around 1920, had boys aged from 4-8 years to wear dresses. Though this might have been due to the high cost of clothing, this tradition did not bypass even the royal families. This below photo has Alexei, the son of the Russian Emperor Nicholas II, in a dress similar to those worn by his sisters.

Chopines also goes by zoccoli or pianelle, a kind of platform shoe which was about 50 cm (20 in) high. Even if people who were victims of fashion used these uncomfortable shoes, there was another practical purpose attached to it. Supposedly it prevents from staining the wearer’s clothes in street mud.

This treatment was popular for 2,000 years up until the early 20th century. Though, bloodletting practiced for treating any ailment often did more harm than good, weakening the patient even further.

During Medival times people believed that water only brought illness to man, and lice were called “the pearls of God.“ A practice started by monarchs was even shared by Isabella I of Castille, who only washed twice in her life: at birth and before her wedding.

In order to preserve the memory of deceased, around the 19th century the dead bodies were made to seem alive in the photo: they were made to sit or stand in common postures, and eyes were drawn on their shut eyelids, as in the picture below.

Rock Instead Of Paper

Even if plant leaves, corn cobs, coconut shells, sheep wool and cloth, sponge on a stick, or just plain water was the replacement for toilet paper among our ancestors, the Greeks went on to surprise us further. They used rocks, shards of pottery or pebbles in the place of toilet paper for certain hygienic purposes.

2017-09-10
Rahul
Previous: Unseen Face Of Humanity
Next: This Woman Told Doctors Not To Stop Hurting Her In Order To Prove A Powerful Point