The human experience is vast and complex, and gender is a particularly difficult concept to examine with a historical lens. There may be some disagreement as to what constitutes a transgendered identity, especially when writing about people who are no longer around to comment. The purpose of this article is to celebrate the incredible lives of people throughout history who were assigned one gender at birth, and chose to live as a different one.

It may be unfair to start with a mythological character, but it goes to show that ideas of gender fluidity go back even further than one might expect. Coming across a pair of copulating snakes, Tiresias separated the pair with a stick. This so angered the goddess Hera that she transformed Tiresias into a woman. He lived seven years as a woman, even marrying, before he was turned back to a man. Because of his experience living as both a man and a woman, the gods considered Tiresias the wisest of humans. 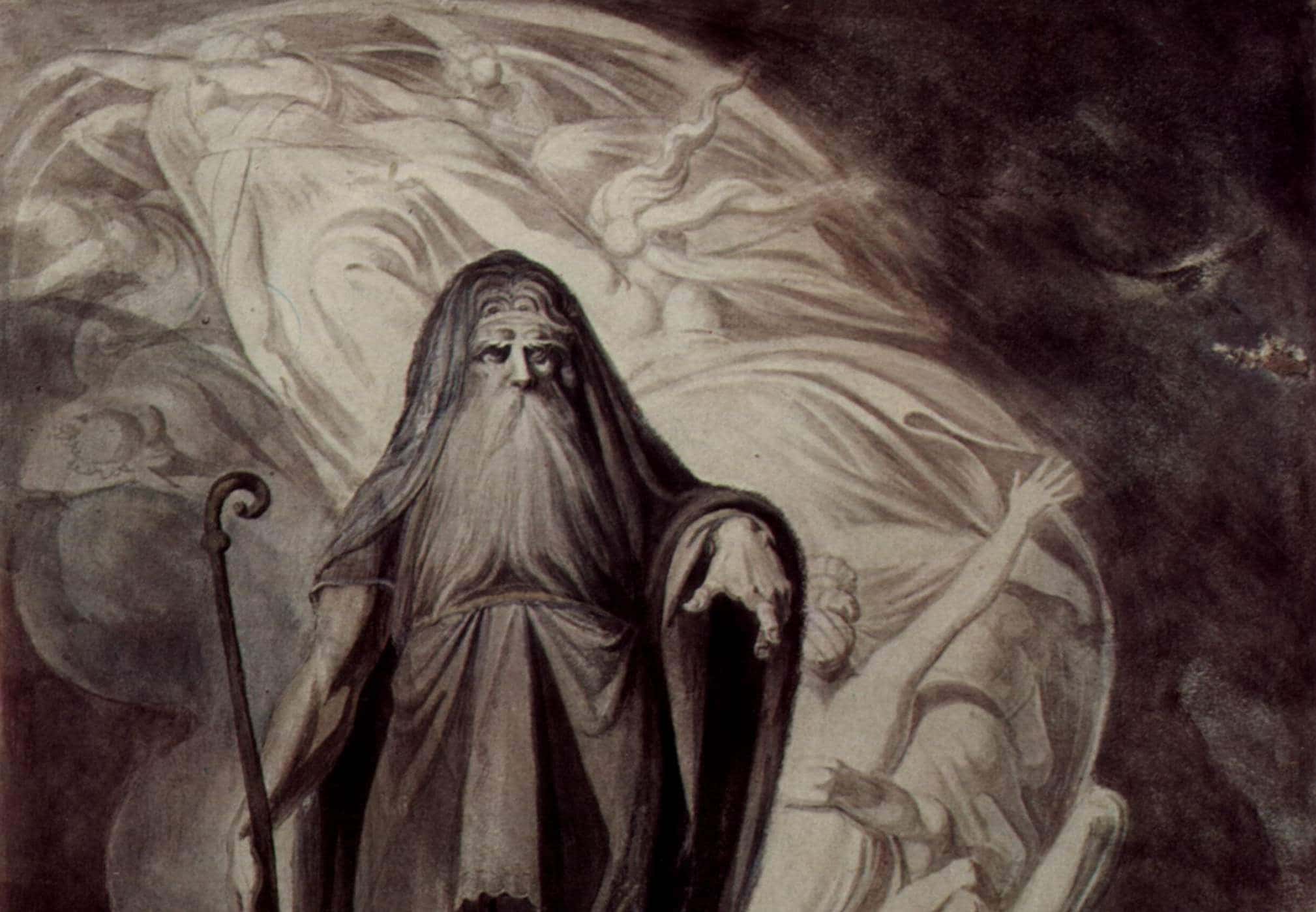 It’s hard to assume transgenderism in long-dead people, but the habits of the Roman emperor Elagabalus seem to strongly indicate he would be considered a trans woman in modern times. Elagabalus would pluck the hair from his body to better resemble a woman, and was said to offer large sums of money to any surgeon who could add to this transformation. 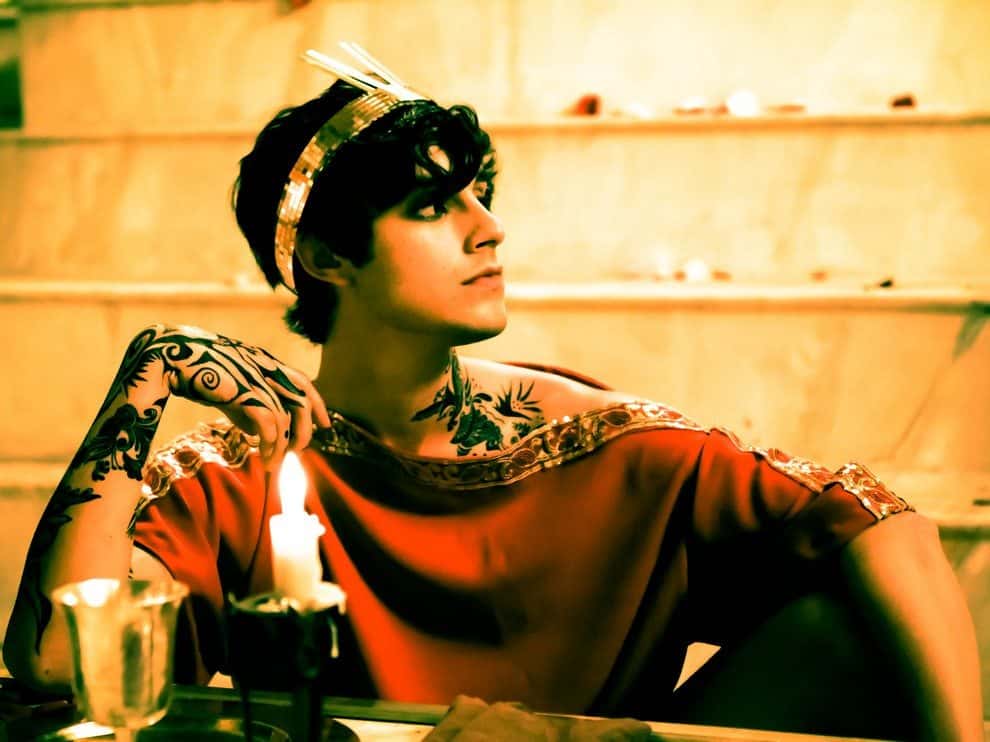 At the age of 15, Catalina de Erauso escaped the convent where she had lived since the age of four. She took with her a bundle of fabric, from which she made man’s clothing, and re-christened herself Francisco de Loyola, travelling to Peru. From there, Loyola lived an adventurous life. His quick temper got him into countless swordfights, and when he resorted to joining the army, he was put under the command of his brother, who didn’t recognize him. Again, retroactively identifying subjects as transgender is difficult, but scholars have made this case for Loyola. 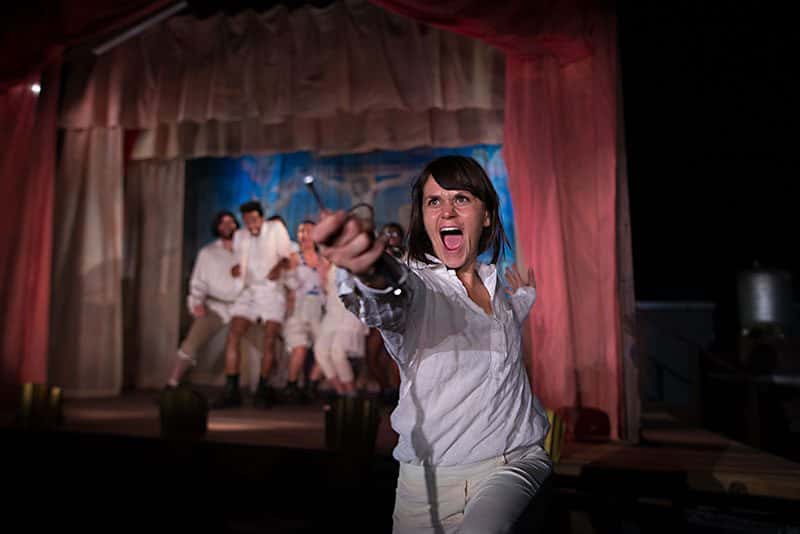 In search of adventure: Alexis Scott as Catalina

Charles d’Eon de Beaumont, the Chevalier d’Eon, was born into a French aristocratic family, and soon entered into service as a diplomat and spy. Soon, however, people across the continent began to speculate that the Chevalier d’Eon might in fact be a woman, even laying wagers to that fact. The rumours were fuelled by d’Eon herself, who insisted she was a woman, even though she was raised male by her father. The king officially recognized her gender, and forced d’Eon out of military service. It was only on her deathbed that it was discovered d’Eon had been born biologically male. 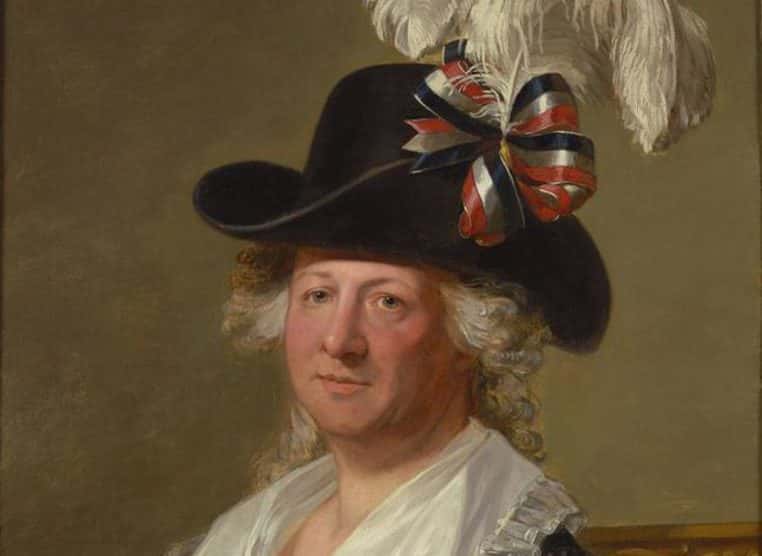 Born Charlotte Parkhurst, Charley Parkhurst headed for California in 1851 to work as a stagecoach driver during the Gold Rush. Charley was a popular figure around San Francisco, famous for his toughness and his skills as a driver and lumberjack. It was only after his death that the secret of his past, as a woman, was discovered. 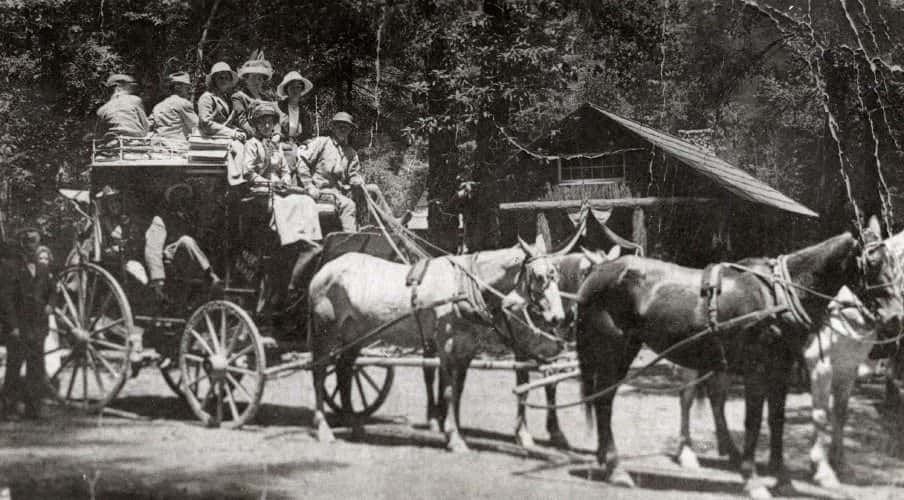 Albert Cashier emigrated from Ireland to the United States as a child, and would go on to fight for the Union during the American Civil War. While the other soldiers noticed he was a bit undersized, no one made much of it. Cashier went on with his life until, in his old age, dementia began to set in. Nurses at the asylum he was placed in discovered he had been assigned female at birth. Cashier was transferred out of the Soldiers and Sailors Home to a womens’ facility, where he was forced to wear dresses, something he hadn’t done since he was a child. 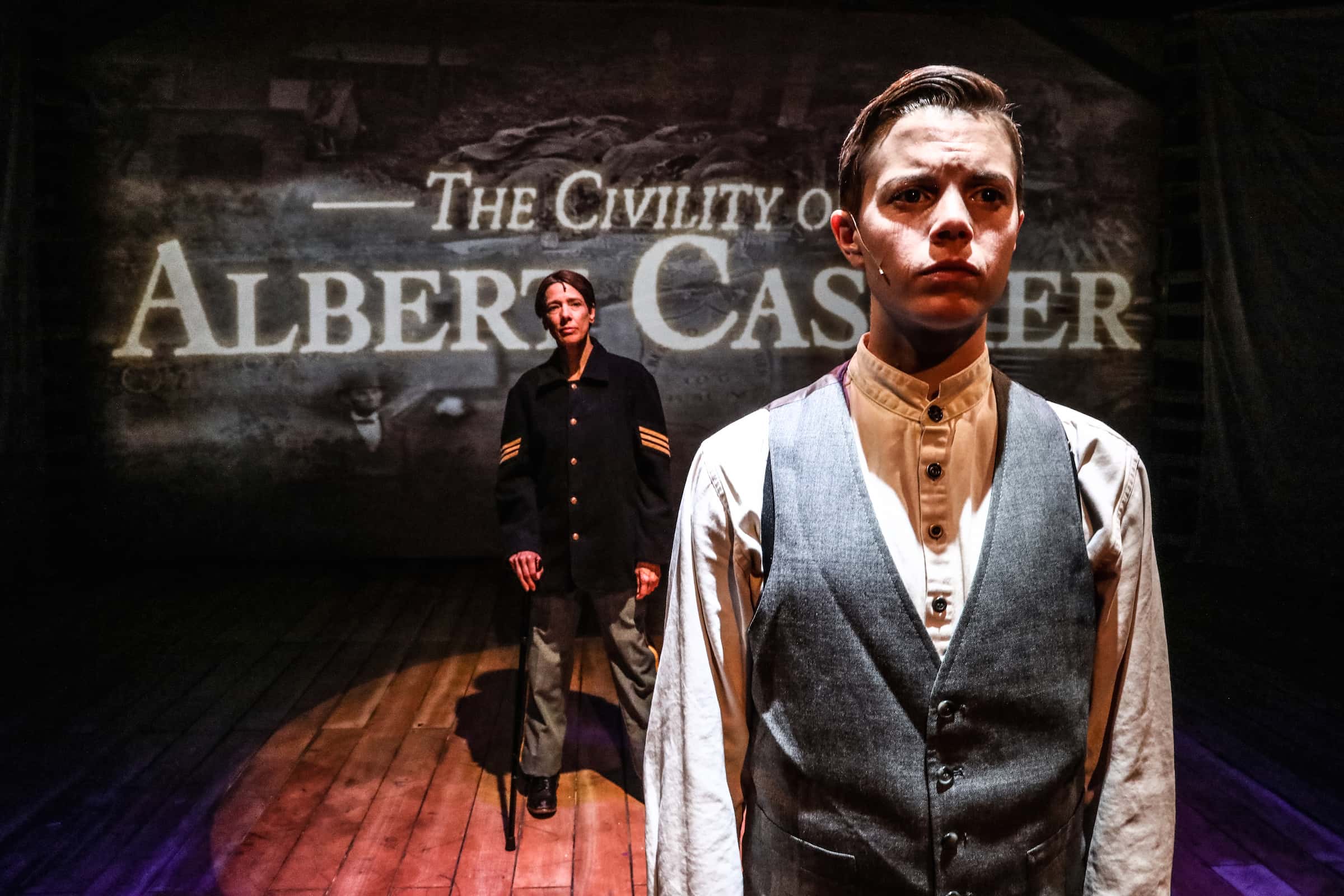 The history of the Civil War is rife with transgender people, but it is difficult to parse trans soldiers from otherwise gender-conforming women who disguised themselves as men in order to serve their country. Franklin Thompson lived his whole adult life as a man, despite being born Sarah Edmondson. Fleeing an abusive home, Thompson sold bibles before signing up for the Union. After contracting malaria, Thompson chose to leave the army rather than reveal his secret. Later, however, Thompson began living as a woman and even married. 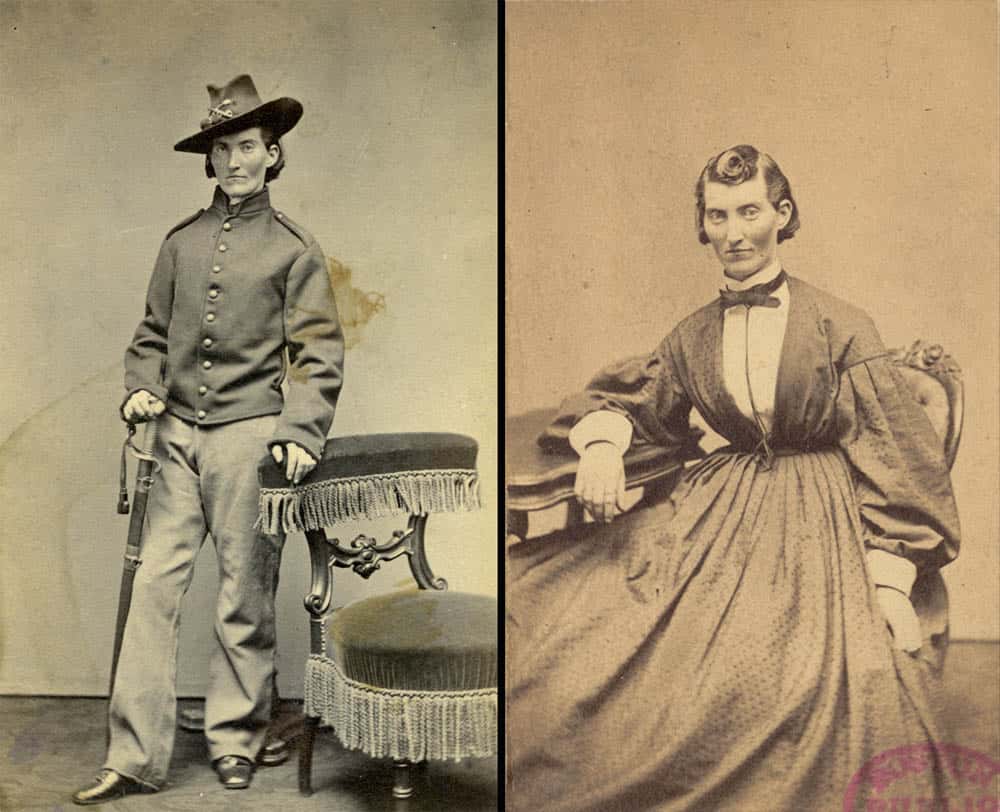 Laurence Michael Dillon was born Laura Maud Dillon in Kent, England in 1915. At the age of 24, Dillon began taking testosterone supplements with the help of a doctor, but when word spread around town, he was forced to leave. While working as a mechanic in Bristol, Dillon was put into contact with Dr. Harold Gillies, a plastic surgeon who specialized in phalloplasty for wounded soldiers. Dillon became the first trans man to undergo the procedure, and became a physician himself. 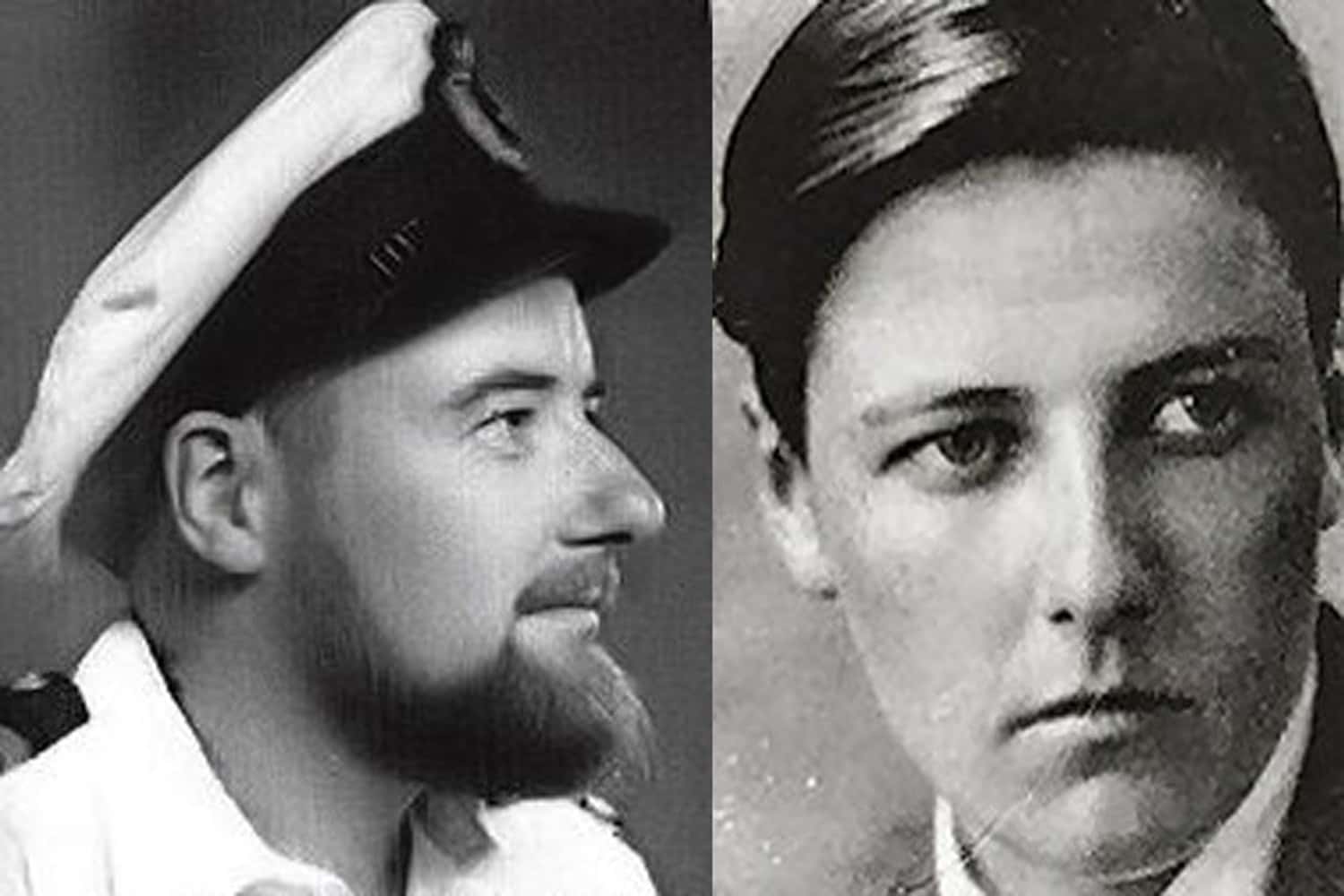 Michael Dillon then used his considerable expertise to help Dr. Gillies perform the first male-to-female gender confirmation surgery in Britain on Roberta Cowell in 1951. Born Robert Cowell, Cowell had been married with children, and had lived an exciting life as a fighter pilot and race car driver before coming to grips with the reality of her gender. Though estranged from her family for the rest of her life, her daughters did try to reach out to her to say they were proud of her. 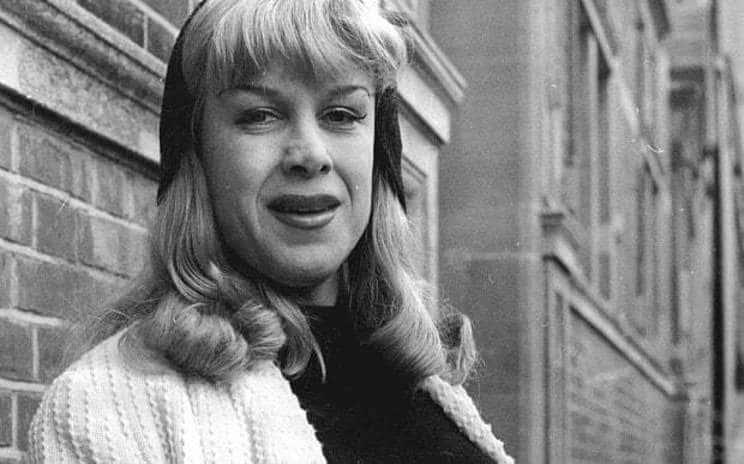 We’wha was a Zuni Native American, and was understood in her community as a lhamana, a male-bodied person who lived as a woman. For We’wha, this included the practices of weaving and pottery, at which she was especially skilled. We’wha was held in such esteem by her tribe that she was sent to Washington DC as a Zuni ambassador, where she met President Grover Cleveland. 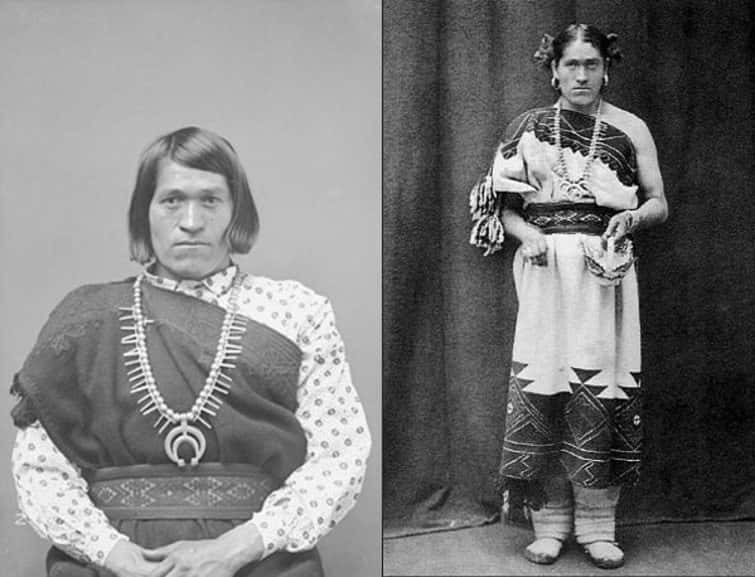 When Tobias Lawson began wearing dresses and referring to himself as Lucy, his mother took him to a doctor. Lucy’s mother followed the doctor’s advice to let Lucy live as a woman, and Lucy grew up to have a successful life with a husband and a job. However, when it was discovered that Lucy had been assigned male at birth, both she and her husband were charged with fraud because Lucy was receiving checks from the government as an Army wife. Upon her release from prison, Lucy was told by a sheriff to leave town; she spent the rest of her life in Los Angeles. 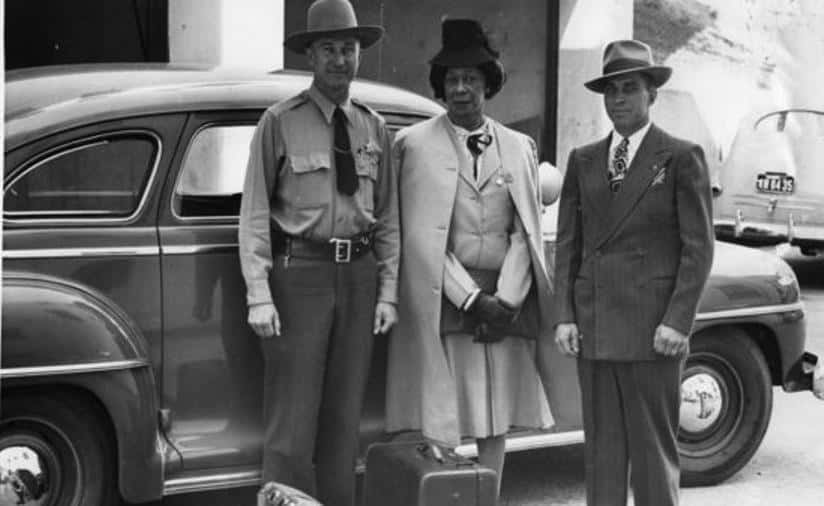 Upon his graduation from Oregon Medical College in 1917, Alan L. Hart underwent a hysterectomy, becoming one of the first Americans to undergo a transitional surgery. Hart would spend the rest of his life working as a radiologist. He was an expert in x-ray technology, and even wrote four novels. 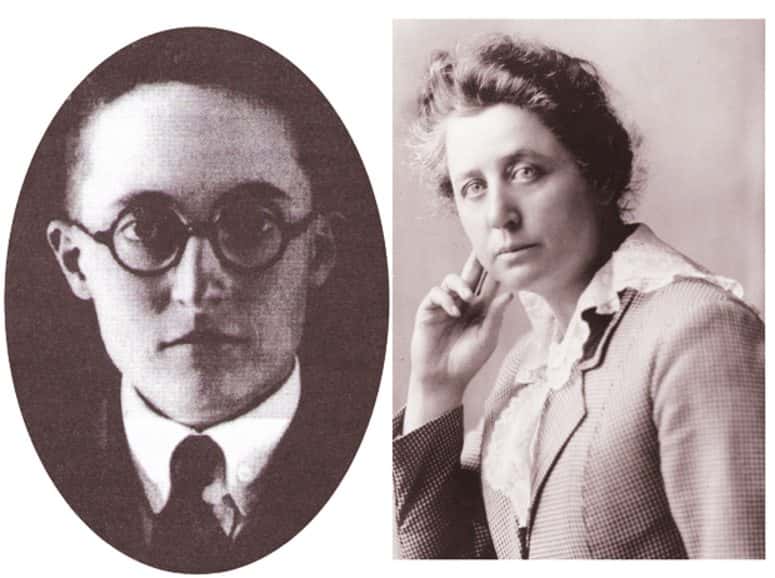 Willmer Broadnax, known as “Little Ax,” grew up in Houston singing gospel with his brother “Big Ax.” In the 1940s, they left for California to become singing stars. Little Ax would go on to sing with some of the biggest groups in gospel music, including the Fairfield Four and the Five Blind Boys of Mississippi, before forming his own group in the 1960s. It was only then revealed that he had been a trans man upon his death in 1992. 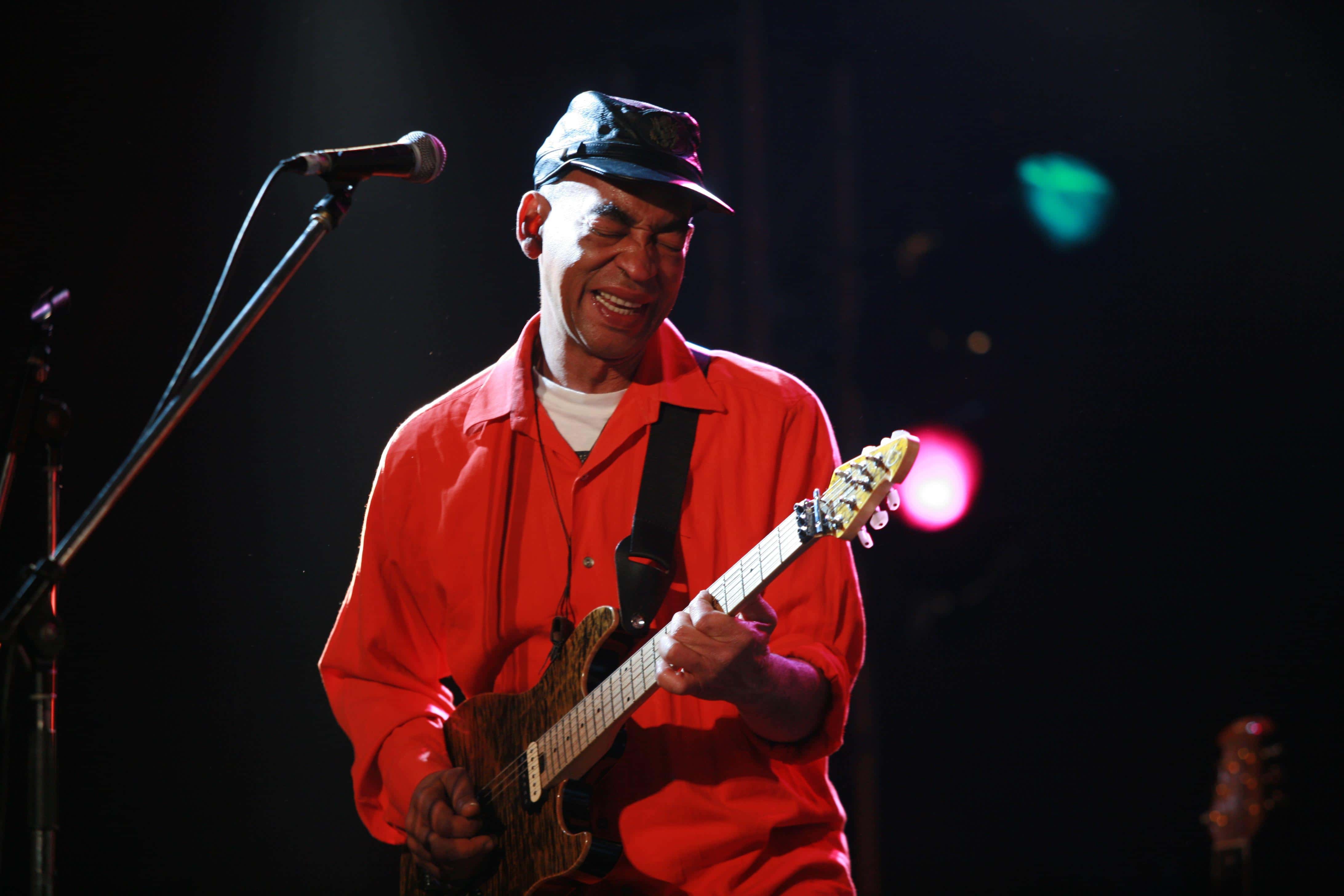 When George Jorgensen returned from a trip to Denmark as Christine Jorgensen, she was met at the airport by inquisitive reporters and photographers. Though not the first person, or even the first American, to undergo gender confirmation surgery, Jorgensen was the first trans celebrity. Though the press could be intrusive, she turned the attention into a successful career as an actress, entertainer, and public speaker. 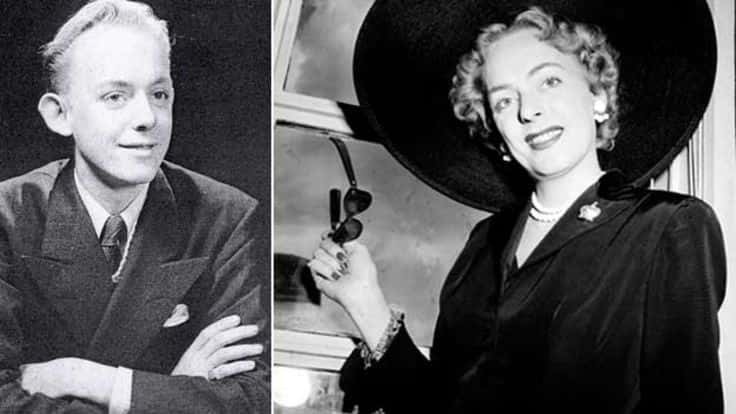 Marsha P. Johnson, who was born Malcolm Michaels, would often say, “The P stood for ‘Pay It No Mind.’” Johnson’s life could be unpredictable: sometimes homeless, she was nevertheless part of an artistic circle that included Andy Warhol. On June 28, 1969, Johnson was passing the evening at the Stonewall Inn, a gay hangout in New York City, when police began a raid of the building. Some say Johnson threw the first bottle in the Stonewall Riots, a six-day series of riots that would become a landmark in the gay rights movement. 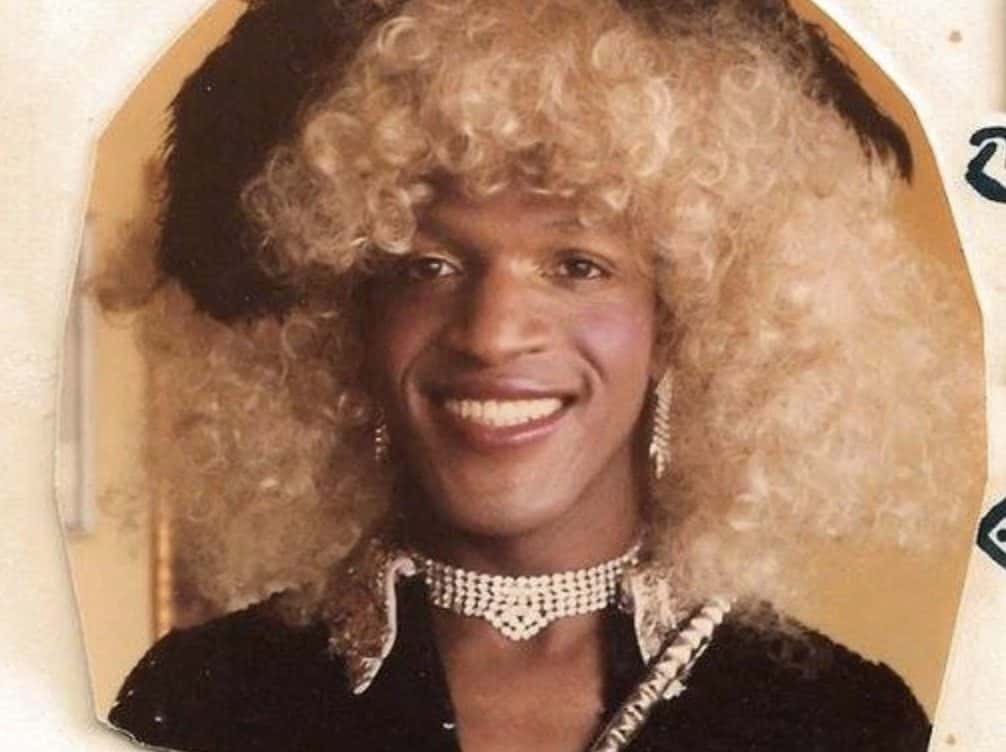 Sylvia Rivera (born Ray Rivera) was also at Stonewall that June 28th; she and Marsha Johnson were friends. Following the riots, Rivera and Johnson worked to organize Street Transvestite Action Revolutionaries (STAR), an advocacy group that ran a communal home for homeless trans people. Rivera went to great lengths for her activism: once when the New York city council held a closed-door meeting to discuss queer rights, Rivera was caught trying to climb in through a window. 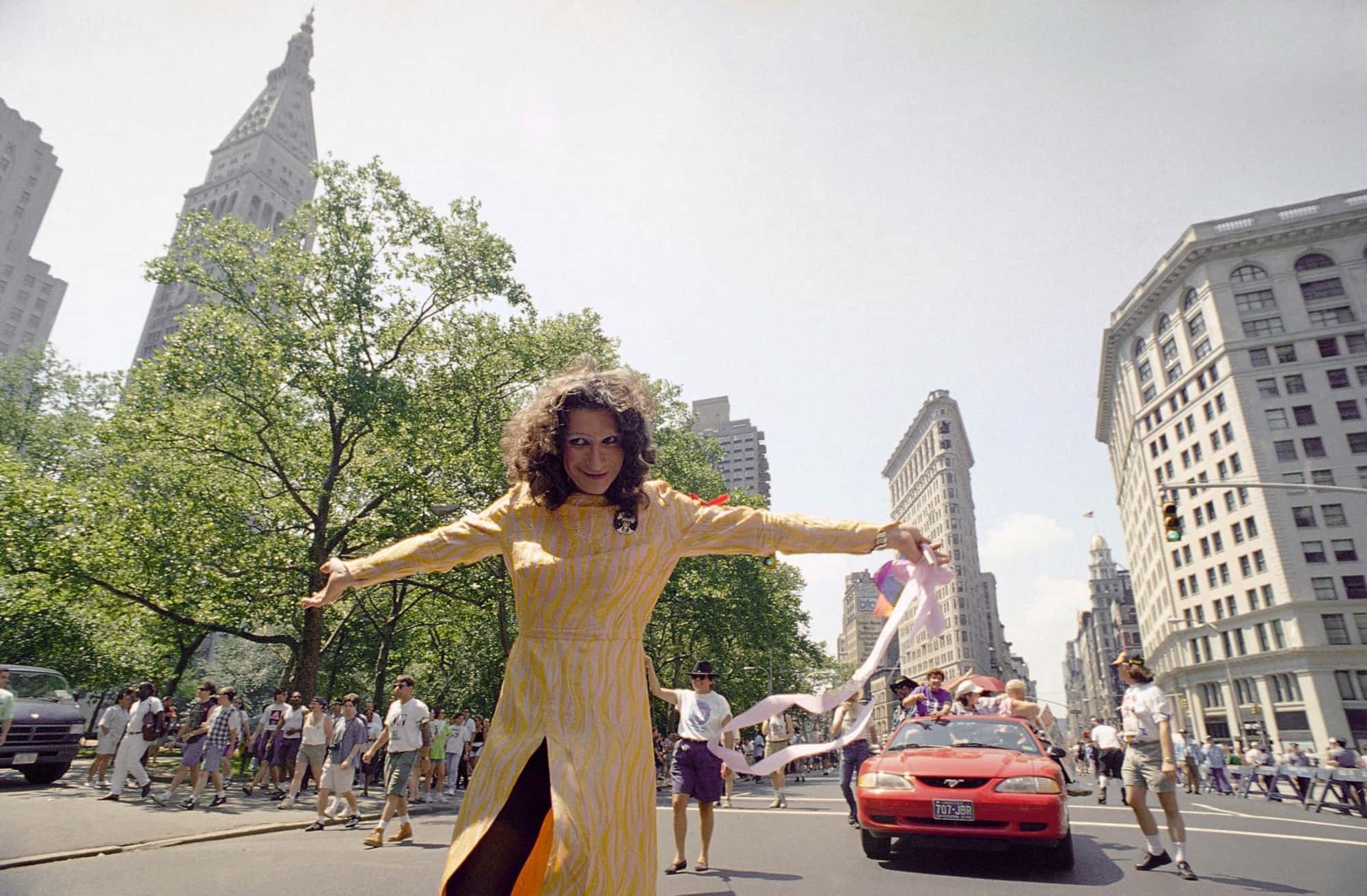 Elizabeth Eden had a part in one of the most successful films of the 1970s. In 1972, Eden’s then-boyfriend John Wojtowicz held seven people hostage in a Brooklyn bank, hoping to collect the money for Eden’s gender confirmation surgery, before being arrested at Kennedy Airport. The event was turned into the film Dog Day Afternoon, starring Al Pacino. Wotjowicz gave his share of the film proceeds to Eden to pay for the surgery. 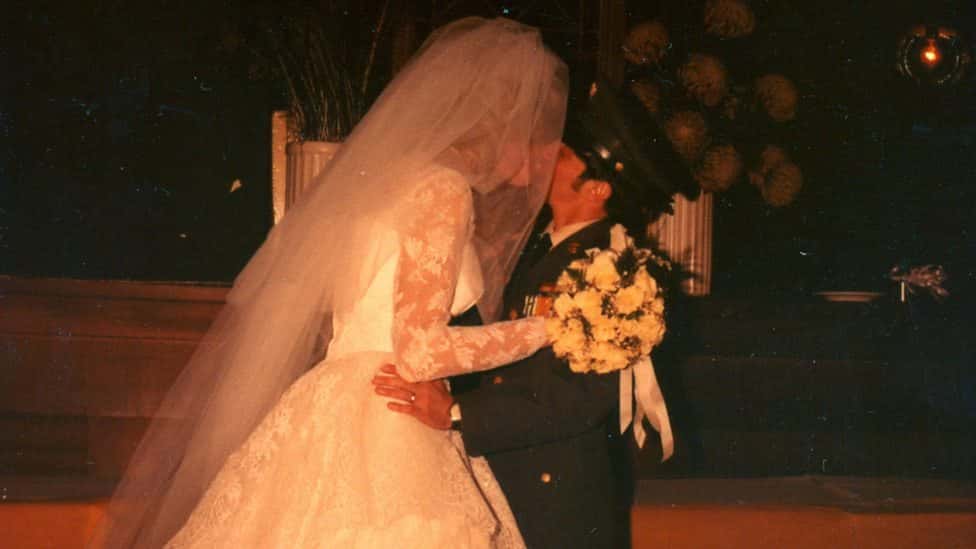 Renee Richards was an excellent tennis player: she won the All-Navy tennis championship, and had been captain of the tennis team at Yale. She had even competed in the U.S. Open—but she had done all of these things as a man and under her birth name Richard Raskin. Following gender confirmation surgery in 1975, Richards competed in women’s tournaments until her history was found out and she was barred. A lawsuit against the United States Tennis Association, and support from tennis superstar Billie Jean King, allowed Richards to be reinstated. She competed professionally until 1981. 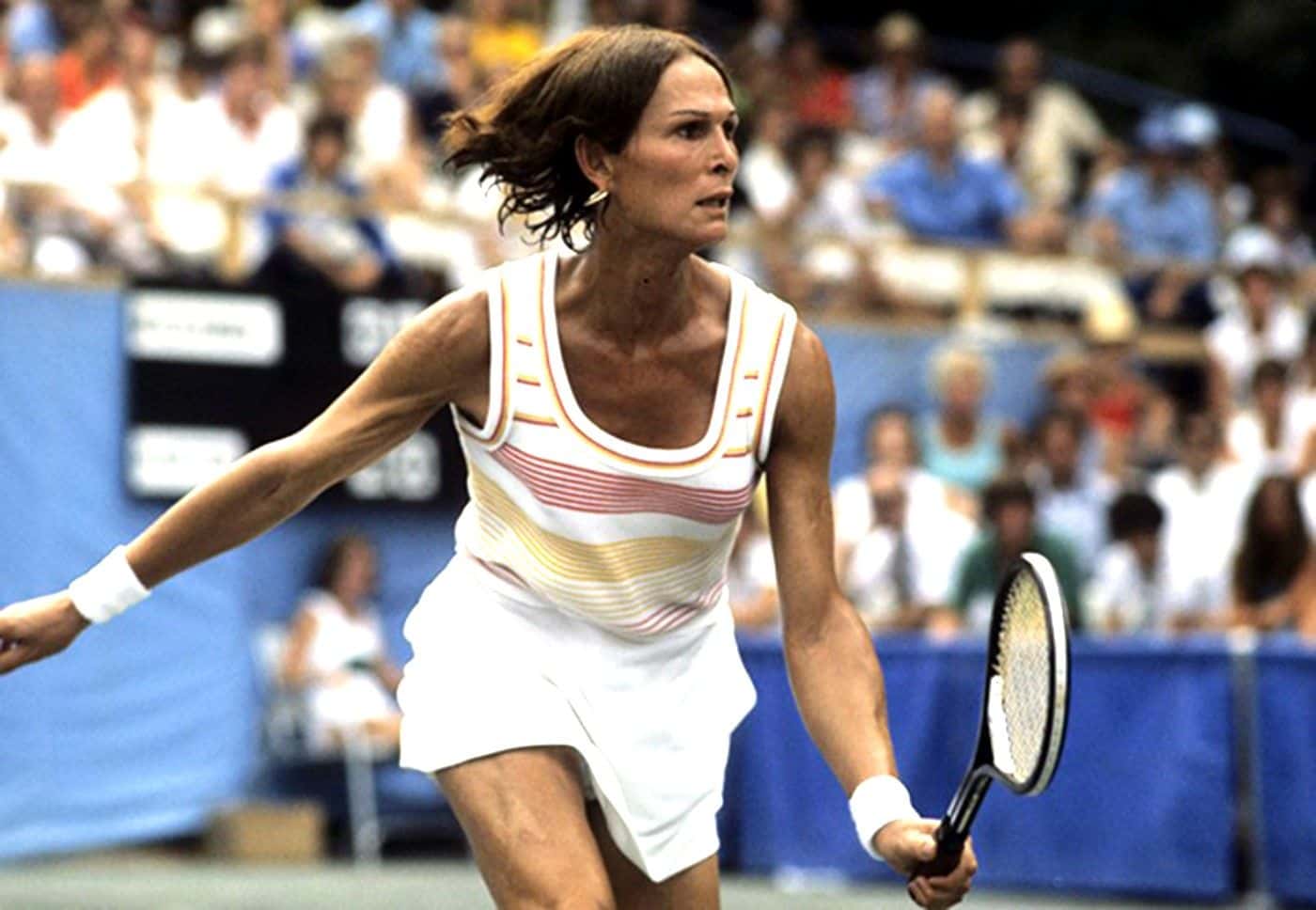 Born Teena Brandon, Brandon Teena grew up in Lincoln, Nebraska. Though well-liked at school, Teena had an abusive home-life, and was frequently in trouble. Having been expelled from school, turned away from the army, and facing an arrest warrant for forging checks, Teena decided to flee to Humboldt, Nebraska at age 21. There he met Lana Tisdel, and they were soon in a relationship. However, when Tisdel discovered that Teena had been assigned female at birth, Tisdel’s ex-boyfriend raped and murdered him. Teena’s life was made into the movie Boys Don’t Cry, for which Hilary Swank won the Oscar for Best Actress in 2000. 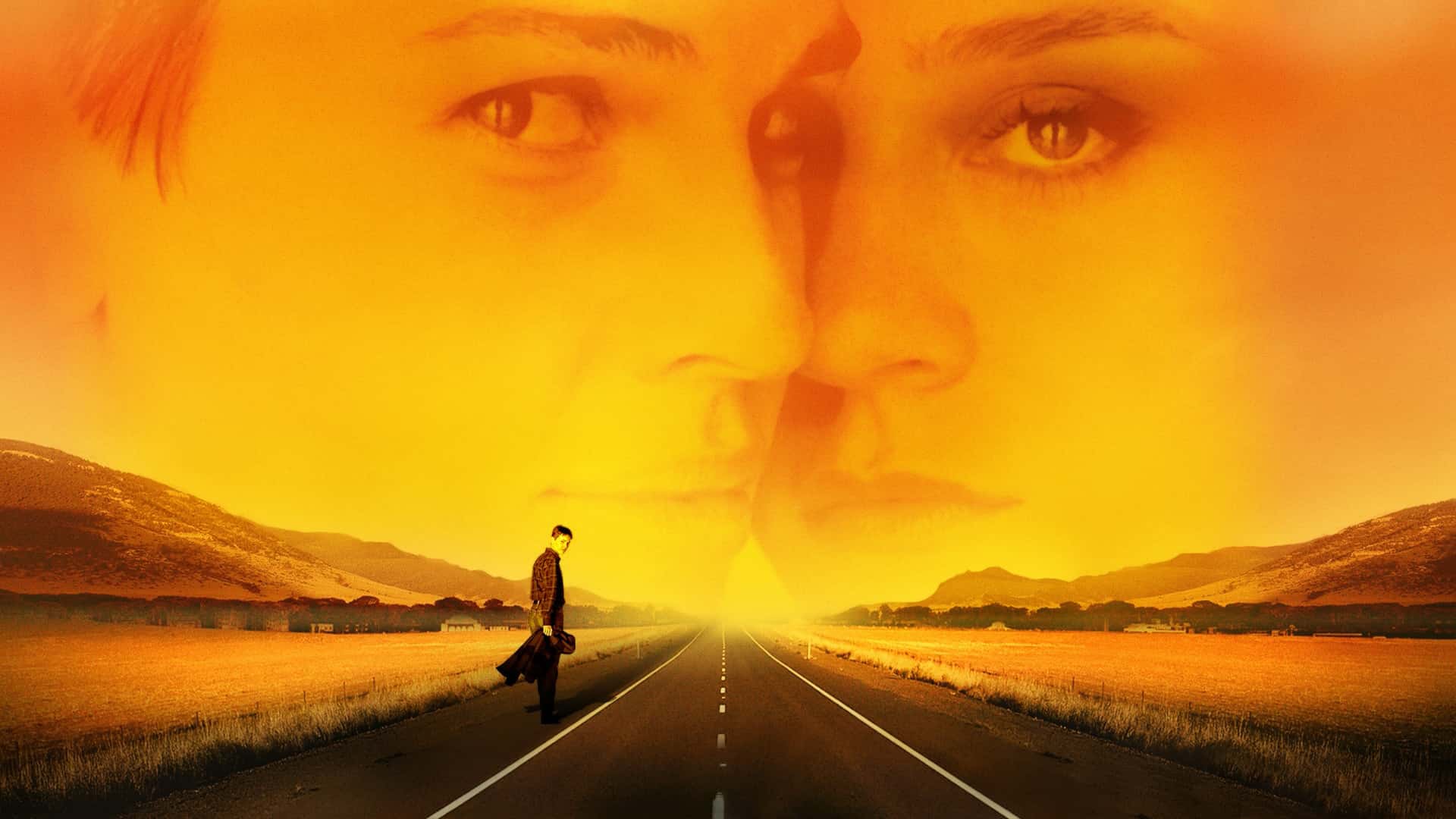 Best known for her role as Sophia in Orange is the New Black, Laverne Cox is the first trans woman to be nominated for a Prime time Emmy. Cox has used her fame to advocate for the rights of trans and LGBTQ people. In 2014, she became the first openly trans person to appear on the cover of Time. 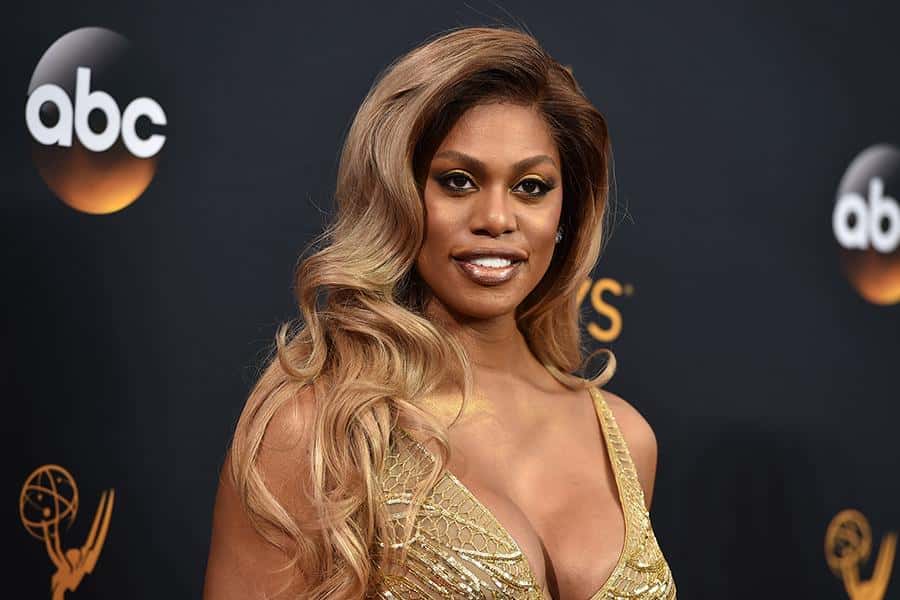 In the 1970s, Bruce Jenner was one of the most famous athletes in the world, having won a gold medal at the 1976 Olympics for decathlon. Jenner’s fame continued as a member of the of the Kardashian family. In 2015, Bruce came out as a trans woman, adopting the name Caitlyn. 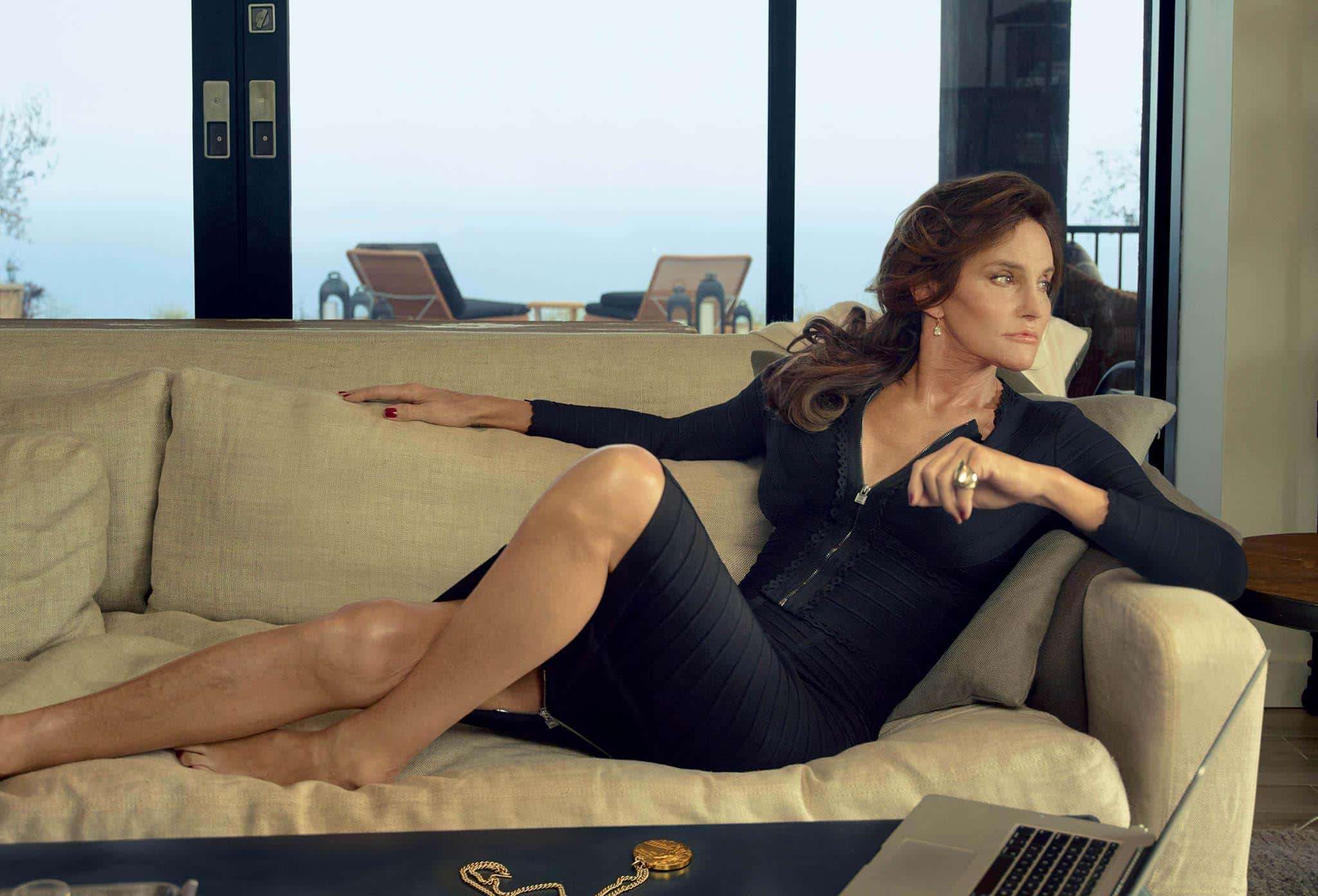 In 2012, Chelsea Manning (born Bradley Edward Manning) was arrested on 22 counts of possessing and distributing unauthorized military documents. An intelligence analyst for the United States army, Manning had leaked as many as 720,000 documents to the website Wikileaks, among them a video of a US helicopter killing 12 civilians in Baghdad. While in prison, Manning came out as a trans woman. Protesters questioned the legality of Manning’s imprisonment and her safety as a trans woman in a men’s prison, leading to a movement to have her released. President Barack Obama commuted Manning’s sentence, and she was released in 2017. 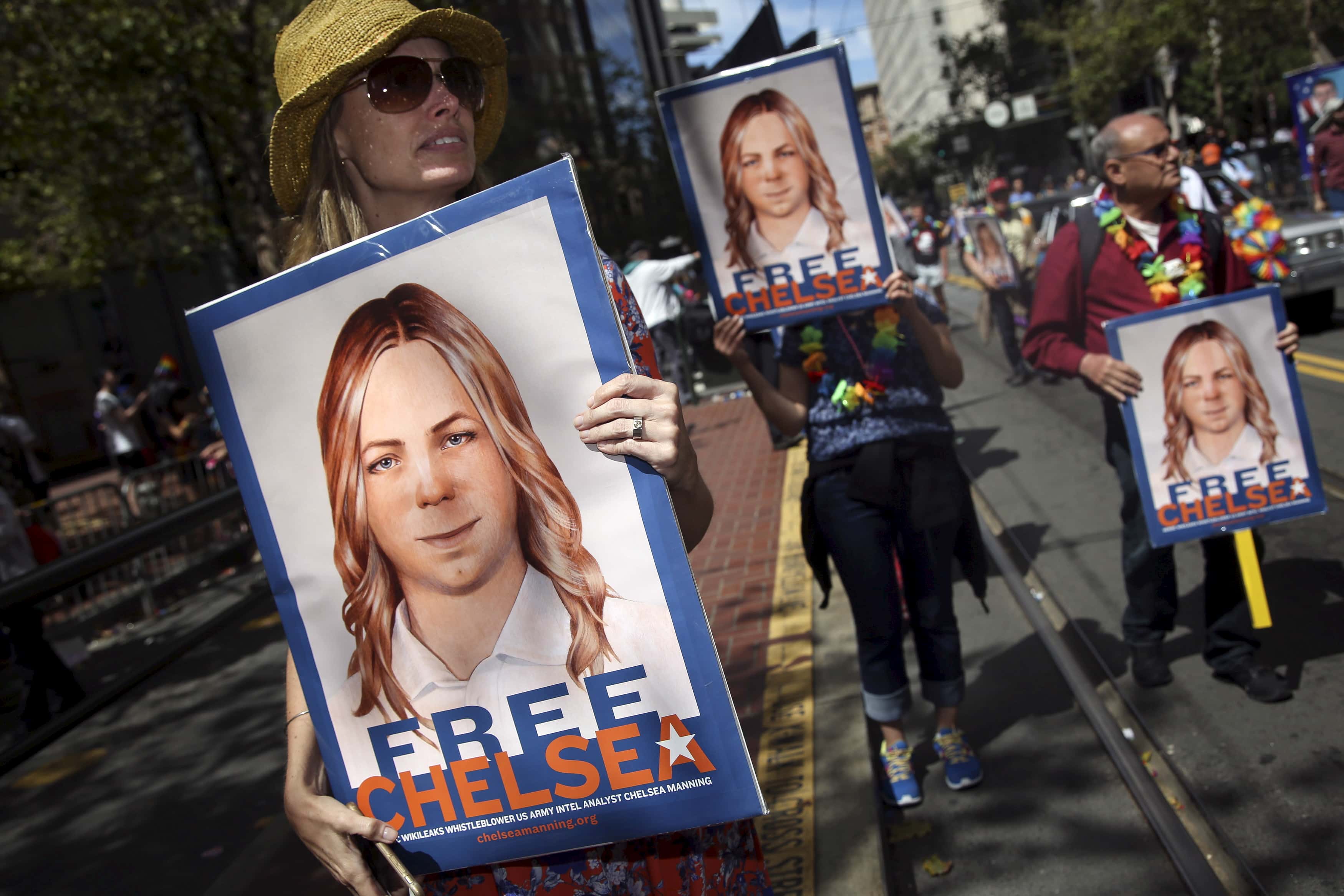 Against Me! had been a popular and politically outspoken band throughout the first decade of the 2000s. The band had already begun to dissolve when their lead singer and songwriter, Laura Jane Grace (born born Thomas James Gabel), came out as a trans woman. The announcement coincided with the band being dropped by their label, and led to a host of problems in Grace’s personal life, including estrangement from her father and the dissolution of her marriage. However, the adversity helped Grace craft the band’s next album, Transgender Dysphoria Blues, which debuted at 23 on the Billboard chart, the highest of any Against Me! album. 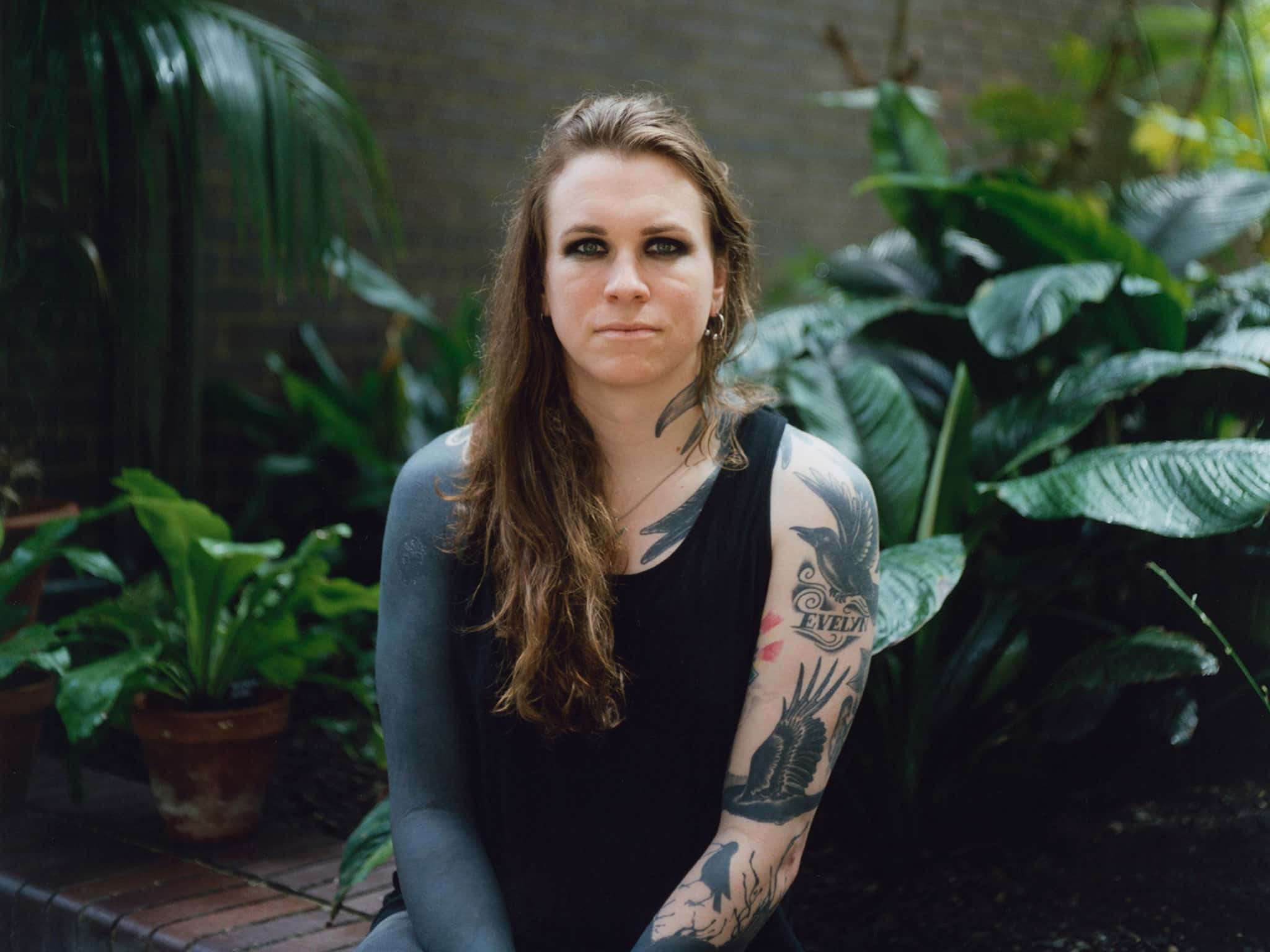